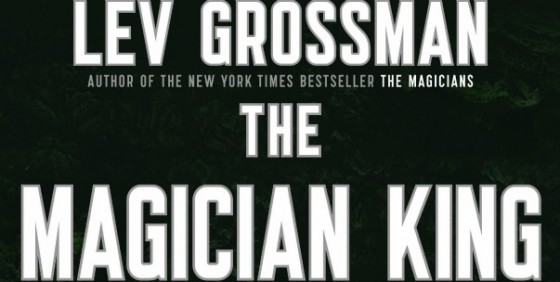 Fans of Lev Grossman’s The Magicians have a lot to look forward to in the upcoming sequel, The Magician King. To prove it to you Mr. Grossman has launched the official website for the book which reveals an interesting bit of mythology that I’m sure will play a key role in the upcoming story.

Check out the Fable of the Seven Golden Keys here.

Quentin Coldwater is brilliant but miserable. He’s a senior in high school, and a certifiable genius, but he’s still secretly obsessed with a series of fantasy novels he read as a kid, about the adventures of five children in a magical land called Fillory. Compared to that, anything in his real life just seems gray and colorless.

Everything changes when Quentin finds himself unexpectedly admitted to a very secret, very exclusive college of magic in upstate New York, where he receives a thorough and rigorous education in the practice of modern sorcery. He also discovers all the other things people learn in college: friendship, love, sex, booze, and boredom. But something is still missing. Magic doesn’t bring Quentin the happiness and adventure he thought it would.

Then, after graduation, he and his friends make a stunning discovery: Fillory is real.

About The Magician King:

Quentin and his friends are now the kings and queens of Fillory, but the days and nights of royal luxury are starting to pall. After a morning hunt takes a sinister turn, Quentin and his old friend Julia charter a magical sailing ship and set out on an errand to the wild outer reaches of their kingdom. Their pleasure cruise becomes an adventure when the two are unceremoniously dumped back into the last place Quentin ever wants to see: his parent’s house in Chesterton, Massachusetts. And only the black, twisted magic that Julia learned on the streets can save them.

The Magician King is a grand voyage into the dark, glittering heart of magic, an epic quest for the Harry Potter generation. It also introduces a powerful new voice, that of Julia, whose angry genius is thrilling. Once again Grossman proves that he is the modern heir to C.S. Lewis, and the cutting edge of literary fantasy.