Check Out the First Trailer for JONATHAN STRANGE AND MR. NORRELL! 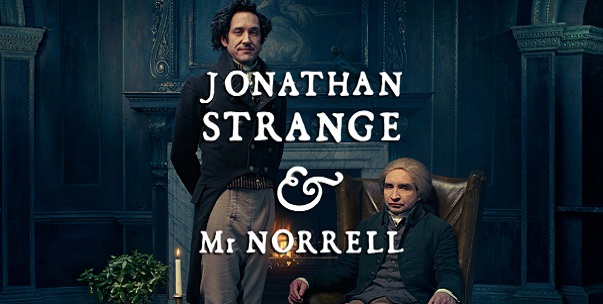 BBC One has released a short trailer for part one of the miniseries adaptation of Susanna Clarke‘s epic novel Jonathan Strange & Mr. Norrell, and it is every bit as magical as we hoped!

Set at the beginning of the 19th-century, England no longer believes in practical magic. The reclusive Mr Norrell (Marsan) of Hurtfew Abbey stuns the city of York when he causes the statues of York Cathedral to speak and move. With a little persuasion and help from his man of business Childermass (Enzo Cilenti), he goes to London to help the government in the war against Napoleon. It is there Norrell summons a fairy (Warren) to bring Lady Pole (Englert) back from the dead, opening a whole can of worms…

Jonathan Strange & Mr. Norrell stars Marc Warren, Ariyon Bakare, Enzo Cilenti, and Bertie Carvel. The first part of the miniseries airs in May on BBC One, and later this year on BBC America.