WMD RADIO Returns Tonight to Talk Agent Carter, Ant-Man and So Much More 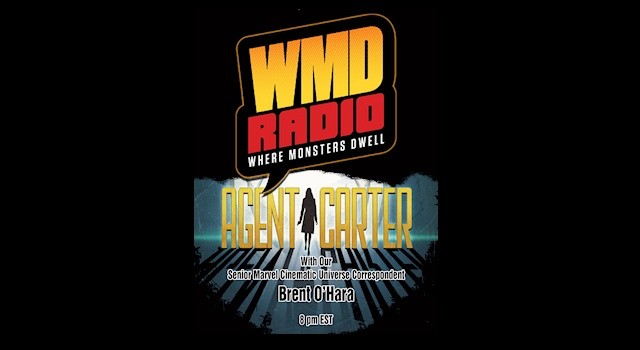 It’s been a long, cruel wait, but WMD Radio, our favorite live radio show (yes, yes, if you can’t make it, they stream it on the site later, but really, listening to it live is best!) returns for the new year TONIGHT, and as a bonus, they’ll be talking about Agent Carter (which I loved, guys, so I really hope you did too) and other recent developments in comics and pop culture: 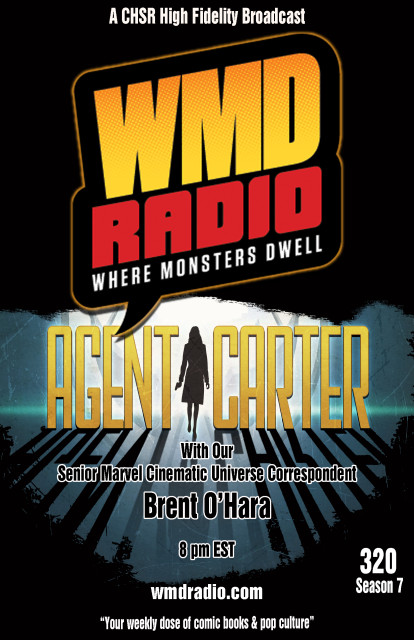 We’re back from our Christmas break, and we hope everybody had a great holiday season.

This week on WMD Radio we’ll be talking about some of the shows that premiered this week; Marvel’s Agent Carter, as well as Gotham which has returned from its mid season hiatus. Also, the Ant-Man trailer debuted during Agent Carter, I’m sure we’ll have a thing or two to say about that.

And what would a talk about the MCU be without our “Senior Marvel Cinematic Universe Correspondent,” Brent O’Hara.

And as always, Strange Jay will be on hand to give us a run down on what showed up on shelves at Strange Adventures this week.

Hope you’re able to tune in.

But wait! As is their way, WMD Radio will be immediately followed by their after-show, WMD After Dark: 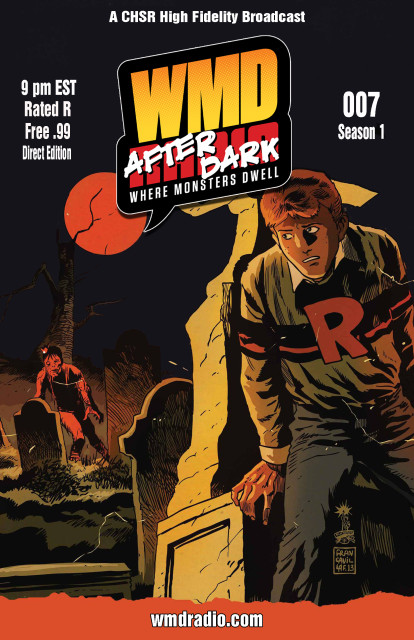 Episode 007: After Dark with Dirk

We’re kicking off the New Year in fine company this week as we are joined by writer Dirk Manning as guest panelist on the first “After Dark” of 2015!

Join the finest minds Redshirt Ryan could find, as they respond to the headlines making news in pop culture this week – and it all happens Wednesday at 9PM (EST/10PM AST).

Stay tuned to CHSR 97.9FM and wmdradio.com immediately following WMD Radio LIVE for another installment of After Dark!