Who’s The Latest Rumored to Play Groot in GUARDIANS OF THE GALAXY? 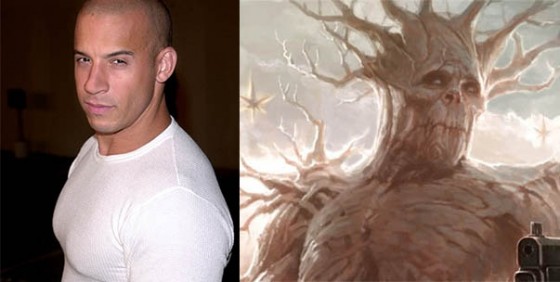 At the D23 Disney Expo over the weekend, Marvel confirmed the cast of Guardians of the Galaxy that were not at Comic-Con in July, namely Glenn Close (Nova Prime) and John C. Reilly (Rhomann Dey), and since then we’ve had news of a possible casting for Groot, the large tree-like alien.

According to the IMDb page, Enzo Cilenti is rumored to be a contender for the role, but Deadline is reporting that Vin Diesel is said to be in talks. The article goes on to say that he even made the comic book character his cover page on Facebook with no remark, but has since taken it down.