Web Series Wednesday: SO NOT SUPER

This week we’re covering So Not Super. 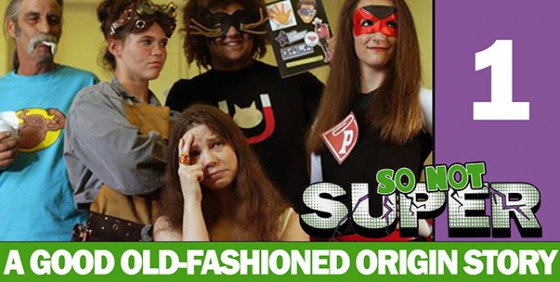 So Not Super is a new web series about a rising group of super heroes. There’s only one episode out at the time of the post. It’s already off to a solid start with characters and writing, but I was hoping for a bit more from the first episode. Here’s a little blurb from the production company, Day 304, and following that is the first episode.

This low budget, quirky comedy revolves around a ragtag support group for unknown “heroes” with less-than-awesome abilities. Group sessions are led by Samantha, a retired A-List hero whose powers mysteriously vanished, and her association with a convicted super criminal hasn’t won her any favors with the GALA of Justice or her super ex-boyfriend, Captain Famous.

Fans of Mystery Men, Dr. Katz, Kick-Ass or The Legion of Substitute Heroes will definitely want to check it out.

Next month, we will be launching a modest Kickstarter for So Not Super to help cover meager production costs for the remaining nine episodes of the first season.

Web Series: So Not Super – Episode One

While this is just a first episode, I think it has a lot of potential and how that the puppetmasters stick with it. What is just a three star opening, could definitely grow with further episodes. So give it a chance and check back on its progress.

I give So Not Super minisodes Three out of Five Stars.