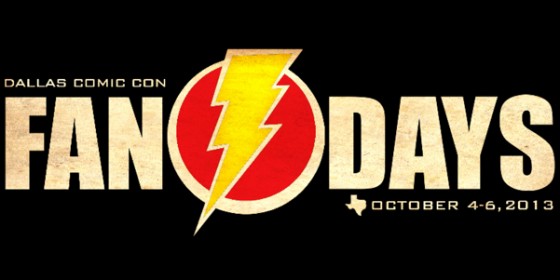 Make sure you can get in to see your fave stars, artists, and creators and buy your tickets online by Monday, September 30, 2013 to guarantee pre-registration for your admission tickets. This is the first time Fan Days is doing this, but they “will not sell tickets at the convention box office until all pre-registered guests who pre-ordered their tickets have entered the building.” 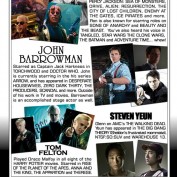 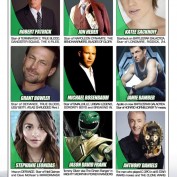 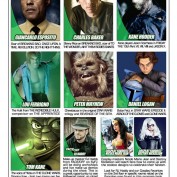 Tom Felton – played Draco Malfoy in all of the HARRY POTTER movies. Star of RISE OF THE PLANET OF THE APES, THE APPARITION, GET HIM TO THE GREEK and more. Appearing Sat, Sun. Autograph $40, Photo Op $40.

Steven Yeun – stars as Glenn Rhee on THE WALKING DEAD. Steven has appeared in shows like THE BIG BANG THEORY, WAREHOUSE 13 and NTSF:SD: SUV, along with movies like MY NAME IS JERRY. Appearing Sat, Sun. Autograph $40, Photo Op $50.

Anthony Daniels – played C-3PO in all of the STAR WARS movies and has voiced the character on THE CLONE WARS and DROIDS. Anthony was also the voice of Legolas in THE LORD OF THE RINGS 1978 animated film. Appearing Fri, Sat, Sun. Autograph $50, Photo Op $50.

RJ Haddy – FaceOff contestant and SFX guru will be hosting professional classes on SFX makeup techniques. Check it all out here.

Tom Kane – Clone Wars voice of Yoda and WAY too much more to list here. Tom has voiced lots of cartoon characters through the years. Check out his complete IMDB listing here.  Tom is coming to FAN DAYS to sign for free (limit two items per fan), and help us emcee a few of our panels!  Let’s all welcome Tom back to Texas!

Charles Baker – Skinny Pete from BREAKING BAD.  Charles has also starred in SPLINTER, AIN’T THEM BODIES SAINTS and Terrence Malick’s TO THE WONDER.  Baker also provided the voice of Kuromarimo and Braham in the American Anime release of ONE PIECE.  Charles will be signing for FREE in the Bigfanboy freebie room on the third floor. Limit two signatures per person. Signing: Friday 5:00pm to 6:30pm, Saturday Noon to 1:30pm – then 3:30pm to 4:30pm, Sunday Noon to 1:00pm

Prices above subject to change. We do our best to collect the information from the various agencies, actors, and managers, but on one or two occasions (over 14 years) prices at the event were different than we previously published. Always check at the actor table for any last minute changes. If we become aware of any changes, we will post it here as soon as we find out. 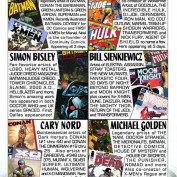 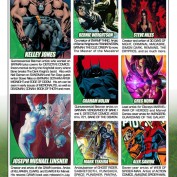 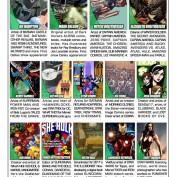 Kelley Jones – quintessential Batman artist who worked on BATMAN plus covers for DETECTIVE COMICS (instrumental during the Knightfall storyline where Bane breaks The Dark Knight’s back).  Also with Neil Gaiman on SANDMAN and Fan Days guest writer Steve Niles on BATMAN: GOTHAM AFTER MIDNIGHT and EDGE OF DOOM.  His art can be seen in early issues of MICRONAUTS, as well as DEADMAN, CONAN: BOOK OF THOTH and more.  First time in Dallas! Appearing Fri, Sat, Sun.

Justin Hall – cel animator for the Oscar-nominated hand-drawn animated film THE ILLUSIONIST (2011).  Justin is currently developing a digital comic called SUNDOWN.  He was also an editor on Gareth Edwards’ MONSTERS (2010) and played a marine in the film.

Kez Wilson – artist/inker of HAMMERLOCKE, SCARLETT and STAR TREK for DC, WHAT THE?! for Marvel, publisher of the SUPERCAR comic book, co-creator of Bela Lugosi’s TALES FROM THE GRAVE.

Brent Peeples – a Texas native. He started his Professional career in 2009 drawing Grimm Fairy Tales, a flagship book for Zenscope. Since then Brent has worke on books for Image, Aspen, Dark Horse and Discovery Channel. He is currently in the works on a new creator owned all ages series to hopefully be announced soon.

Don’t miss the Cosplay Red Carpet and also get your exclusive Joker collectible at the FUNKO booth! 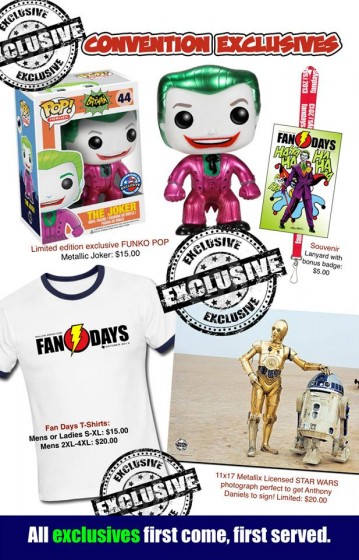 Hope to see you at Fan Days!