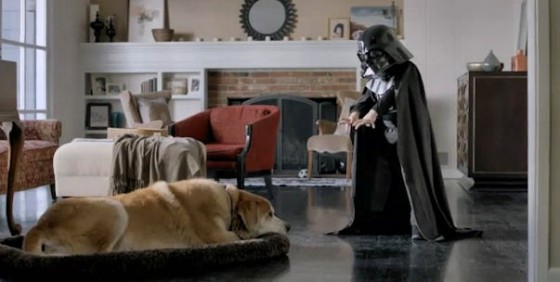 Just yesterday, we brought you an early look at one of the Super Bowl XLV commercials, which was a bit of a cross-over for Chevrolet and Michael Bay‘s upcoming Transformers film, Transformers: Dark of the Moon. Now, we get a look at Volkswagen’s new commercial which features a tiny Darth Vader getting a bit frustrated with his ability (or lack thereof) to use The Force.

With this ad, Volkswagen is now officially one of my new favorite companies and I implore them to hang on to the marketing firm that created this concept. To quote Darth Vader from Star Wars: Episode V – The Empire Strikes Back – “”Impressive. Most impressive.”