In December we brought you the trailer and movie poster for Joseph Kosinski’s comic turned movie, Oblivion, starring Tom Cruise and Morgan Freeman. Today we have for you the TV spot which feels just as rich as the trailer, and a still released from Universal of Tom Cruise running from his futuristic helicopter. This movie promises to be an action packed delight. 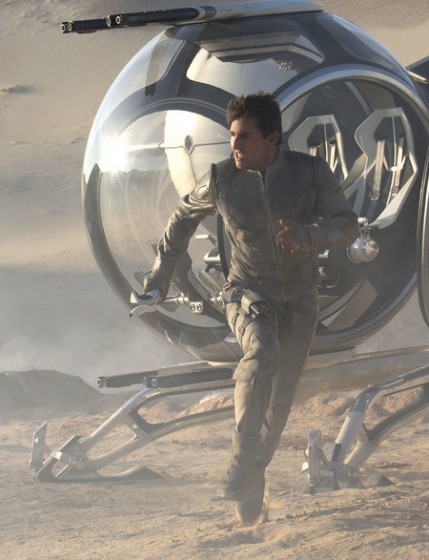