TV Review: The Librarians, Season 1 Episode 1 “And the Crown of King Arthur” and Episode 2 “And the Sword in the Stone” 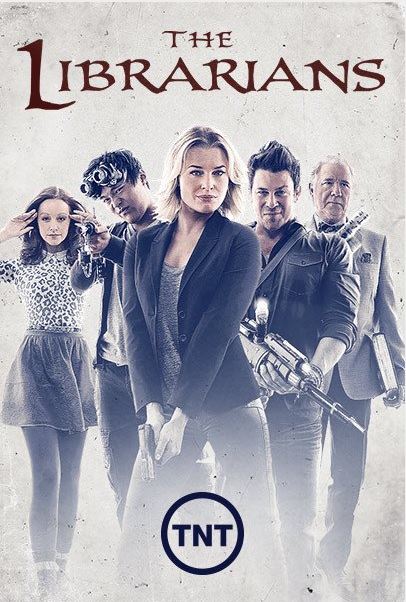 The Librarians centers on an ancient organization hidden beneath the Metropolitan Public Library dedicated to protecting an unknowing world from the secret, magical reality hidden all around. This group solves impossible mysteries, fights supernatural threats and recovers powerful artifacts from around the world. Among the artifacts housed in the Library are the Ark of the Covenant, the Spear of Destiny, the Judas Chalice and Excalibur, to name a few. Only a person with special skills could be responsible for collecting and protecting these artifacts, and more importantly, for preventing them from falling into the wrong hands.

For the past 10 years, Flynn Carsen (Noah Wyle) has served as the Librarian. Prior to taking the job, he was a bookish nerd with 22 academic degrees and absolutely no social skills. As Librarian, however, he managed to use his extraordinary knowledge, successfully recovering ancient artifacts and, in the process, saving the world from unspeakable evil on more than one occasion. Over the last decade he’s gone from bookworm to dashing swashbuckler, one of the secret heroes of the hidden world.

As great as Flynn is, the job of Librarian has become more than one person can handle. To aid him in his duties, the Library has recruited four people from around the world to defend the Library from dark magic, including Eve Baird (Rebecca Romijn), a highly skilled counter-terrorism agent who is responsible for protecting the group and keeping them all alive; Jacob Stone (Christian Kane), an Oklahoma oil worker with an IQ of 190 and an encyclopedic knowledge of art history; Cassandra Cillian (Lindy Booth), a quirky young woman with the special gift of auditory and sensory hallucinations linked to memory retrieval, known as synesthesia; and Ezekiel Jones (John Kim), a master of new technologies and aficionado of old classic crimes who enjoys playing the role of international man of mystery who has sticky fingers.

Overseeing the new team of Librarians is the somewhat cantankerous Jenkins (John Larroquette), an expert in ancient lore who has been working out of the Library’s branch office for longer than anyone knows. Together, they must tangle with many adversaries, chief of whom is the Serpent Brotherhood, an ancient cult led by the mysterious immortal Dulaque (Matt Frewer). 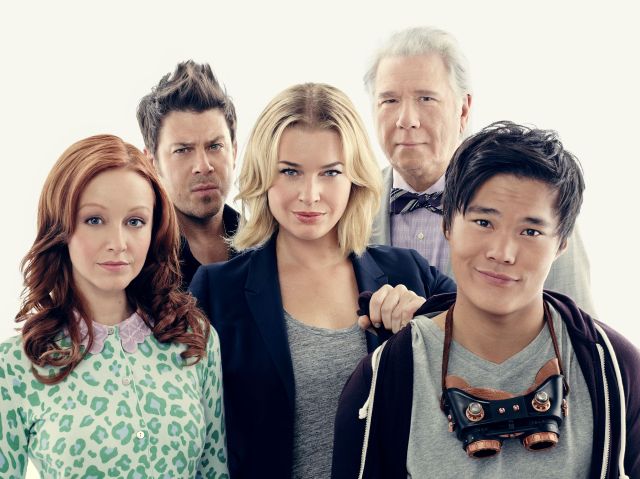 Is this show the best show of the year for me? Hmm, hard to say. But is this the show that, for the first time in a long time, I can unreservedly recommend to absolutely everyone? YES. An enthusiastic, gleeful YES. The Librarians is pure fun.

There is much that will seems familiar to Warehouse 13 fans (the search for artifacts that are imbued with special powers, to be held safe in a giant warehouse–err, library), but, I’m happy to report, without the eye-rolling silliness. It is a wonderful example of how a series can be funny without being snarky, fun without being goofy, and family-friendly without being a condescending snoozefest.

But you don’t have to have any kids in your home or in your life to enjoy this series, because, again, it is fun. Fun like Leverage was fun, which should come as no surprise, since The Librarians comes from the same creative team, and even features one of the stars from Leverage. While Christian Kane‘s character in The Librarians, genius art historian Jake Stone, shares only certain characteristics Leverage‘s expert fighter Eliot Spencer, Jake is easily as likeable. As are the rest of the main characters. Noah Wyle fans, you may have heard that Wyle won’t be a regular on this series; but never fear, he figures prominently in the first two episodes. Happily, by the end of the premiere, the rest of the characters have been developed enough that you’ll be ready and eager to see how they do on their own without Flynn. 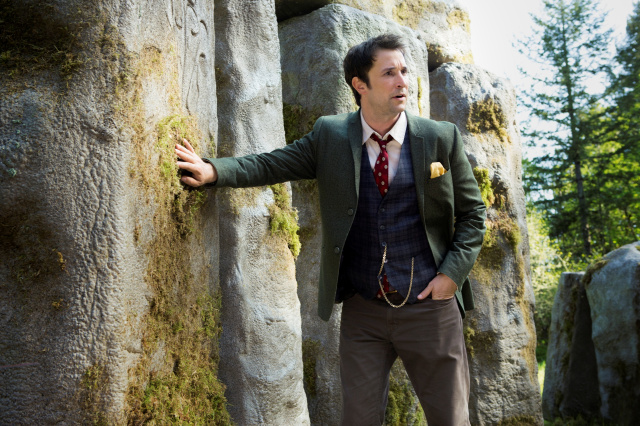 Rebecca Romijn‘s character is a great surrogate for the audience, not only because her Col. Eve Baird needs to be brought up to speed on all things Librarian, but because she is smart, skilled, strong, and skeptical. Who wouldn’t want to identify with that? Lindy Booth‘s Cassandra is a savant who has an unusual form of photographic memory which results in her sometimes physically sorting thoughts in the air, not unlike Alphas‘s Gary, but she’s sweet and you want to see her do well. John Kim plays master thief and tech wizard Ezekial Jones, and I was instantly won over by his charm and British (he’s Australian) accent.

John Larroquette‘s appearances were limited in the premiere, but he’s certain to be playing a bigger role as the series progresses, given his position, as you’ll see. It was a pure treat to see Bob Newhart, and Jane Curtin has more fun with this part than I’ve seen from her in years.

Expertly written, you should feel no qualms about approaching the series premiere if you’re unfamiliar with the three TV movies from which this series evolved. If you’re curious, they’ll be replayed in the hours before the premiere. The movies are engaging and always must-watch for me whenever any of them are on. For those of you who are already fans, the two-hour premiere of the series just may be my favorite Librarian “movie” of all.

Rebecca Romijn recently pointed out that The Librarians will be airing during the former timeslot for The Wonderful World of Disney, and that it was a perfect fit. For those of you old enough to remember, Disney was appointment TV, full of quality, fun programming. This is definitely that.

So sit back and relax Sunday at 8/7c, and enjoy the fun. You’ll thank everyone involved in The Librarians, not only for the great show, but for giving us all something to talk about during all the family get-togethers this season can bring. Finally, a show that everyone can enjoy.

I give The Librarians, Season 1 Episode 1 “And the Crown of King Arthur” and Episode 2 “And the Sword in the Stone,” Five Out of Five Stars.