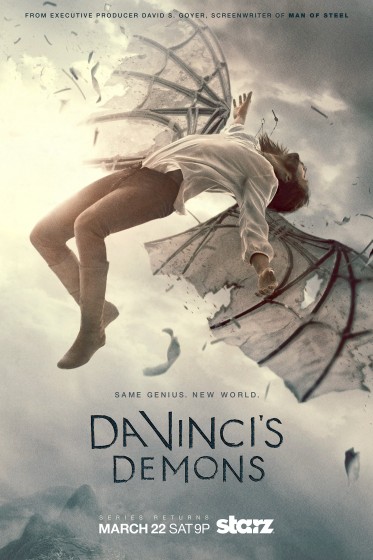 Brilliant and passionate, the 25-year-old Leonardo da Vinci is an artist, inventor, swordsman, lover, dreamer and idealist. As a free thinker, with intellect and talents that are almost superhuman, he struggles to live within the confines of his own reality and time.

Starring Tom Riley (“Monroe,” I Want Candy), as the title character, season two of “Da Vinci’s Demons,” finds Florence thrown into chaos in the wake of the Pazzi conspiracy. Lorenzo is gravely ill and Leonardo da Vinci must push the limits of his mind and body to defend the city against the forces of Rome. While the Medicis go to unthinkable lengths to deal with new threats, da Vinci continues on his quest to find the fabled Book of Leaves and uncover the secret history of his mother. He’ll come to realize that he has lethal competition in his quest — new enemies who may be even worse than the forces of Pope Sixtus. His search will take him to faraway lands and force him to reevaluate everything he knew about the world and his own history. 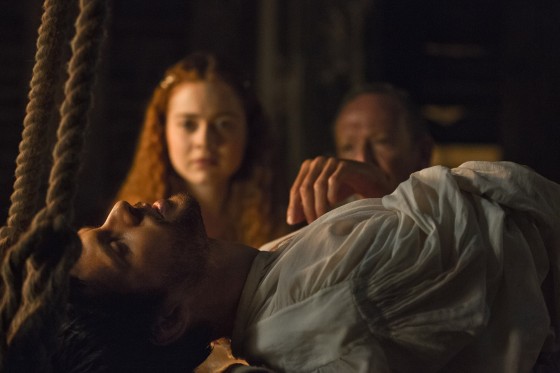 Ahhh… this gorgeous series returns with all its past glory intact and magnified, start to finish.

How brilliant that the premiere, like all other episodes of this series, opens with the visually intriguing title sequence (newly designed for Season 2) and the mesmerizing, palimdromic Bear McCreary theme. Together they set the tone perfectly, taking us straight into the reimagined world of Renaissance Florence, and our eyes and ears are properly prepared for the abundance to come. 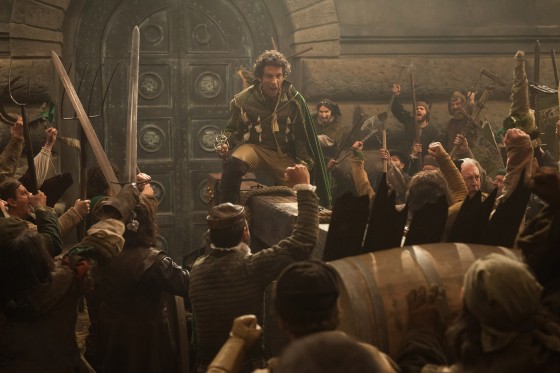 Because that is what we are given in this series, and specifically in this premiere: an abundance. A bounty. Every actor embodies his or her role with equal parts vigor, grace, and intensity, especially Tom Riley and Blake Ritson. Multiple storylines and expert editing keep the pace brisk and our attention riveted, but never confused. Things take a more consistently serious tone than the early episodes of the first season. Much bigger issues are at stake, and each scene’s energy reflects them.

Just as every scene is gorgeous. In framing, lighting, color, and direction, they’re superior to the beautiful scenes of the previous season. And either the CG has improved or is used less; either way, it doesn’t distract the eye as it sometimes did last season, other than in one particular scene in this episode. 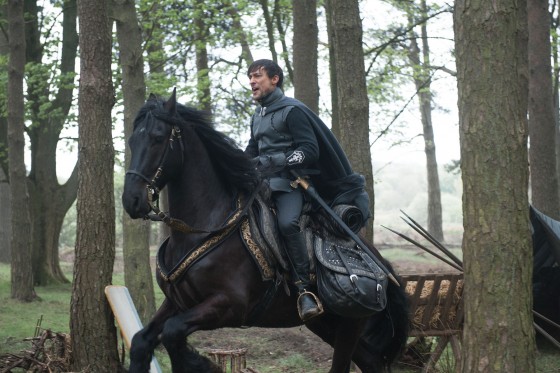 The opening of Season 2 duplicates the opening of Season 1 in that each begins with a startling scene from the show’s future, in this case six months into the future, before settling in to the predominant timeline. It’s a brilliant strategy, especially since what follows is equally riveting but entirely different. We’re hooked for now, and for the future.

The only disappointment in this premiere is that when it ends, you have to wait a week for resolution. I cheated, and went ahead with episode 2. You would, too, given the opportunity. If this show was on Netflix and the entire season was released at once, I guarantee you’d be spending 10 hours straight, glued to your screen.

For now, welcome the second season premiere into your home, eyes, ears, mind, and heart. You just may find yourself entrapped by the slightly revised history, the gorgeous people, costumes, and scenery, the brutality, the finesse, and the completely addictive world of Da Vinci’s Demons, Season 2.

I give Da Vinci’s Demons, Season 2 Episode 1 “The Blood of Man” Five Out of Five Stars.