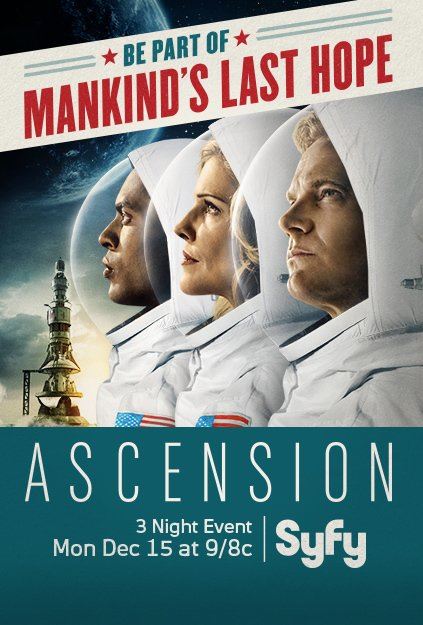 Ascension is an ambitious original drama following a covert U.S. space mission launched in the 1960’s that sent hundreds of men, women and children on a century-long voyage aboard the starship Ascension to populate a new world. Half way into their journey, as they approach the point of no return, the mysterious murder of a young woman causes the ship’s population to question the true nature of their mission. 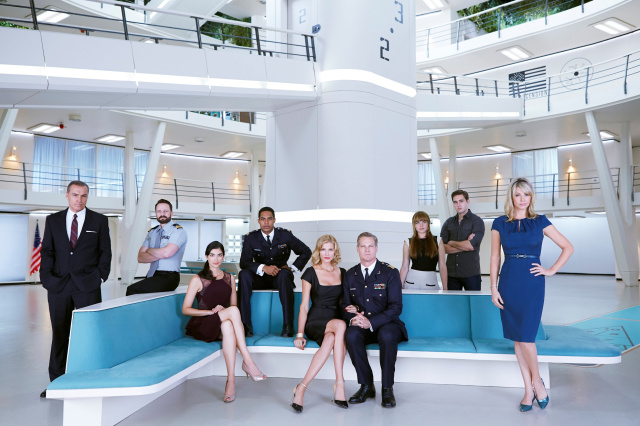 Ascension, at least in the first two hours, is a relatively entertaining, B-level show. For comparison, I’d rate Helix, Continuum, and the second season of Defiance (not the first) as A-levels, and Dominion as, well, kind of a mess. Part 1 of Ascension isn’t heavy with exposition like it might be, but it’s one of those shows that could have been more. Edgier, or less edgy. Sharp and snappy, or more smooth and cool. This first part is somewhere in between all of that potential. As one of the projects for the “new” Syfy, the Syfy that’s less family-friendly and more dark sci-fi, it heads in the direction of the politics and investigative aspects of its predecessor-in-style, Battlestar Galactica, but without any of the sharp writing and performances that made that series so addictive. 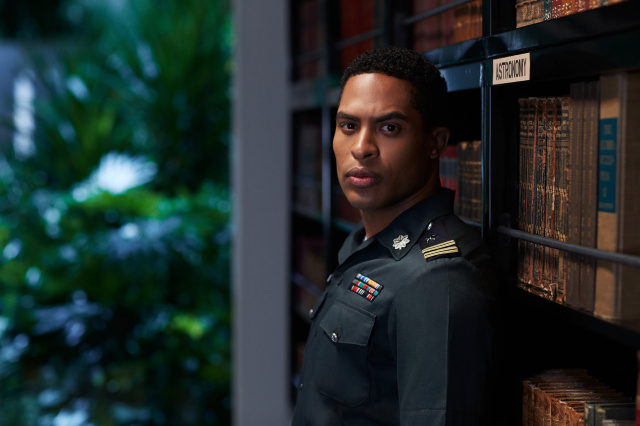 There is a standout performance: Brandon P. Bell as First Officer Oren Gault, who is investigating Ascension‘s first murder. Everyone else at this point is fine, but I’ve seen most of them do much better in other productions. I’m not sure what the issue is, but something isn’t quite there. Writing, directing, editing? Not sure. But again, this is just the first two hours. It will be very interesting to see how the other four hours compare, since apparently each segment had a different director.

As a quick aside, here’s warning for parents of kids under [whatever age at which you’re comfortable watching a loud sex scene with your kids. I’m guessing maybe] 30: This is probably not a show to watch with your kids. And while I understand why the scene exists, again, BSG did it better, or at least a bit quieter. 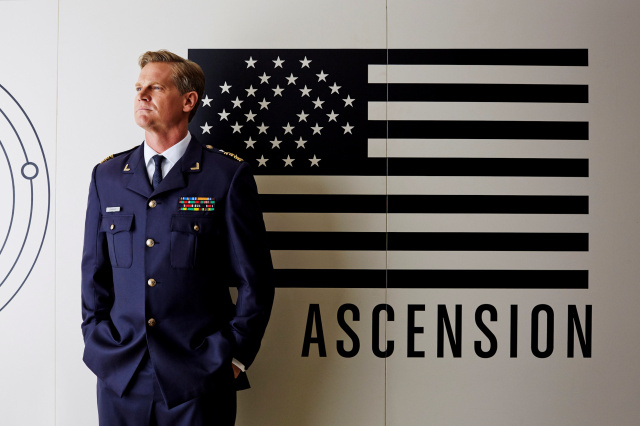 And yet, the bones of this series are good. It’s a really interesting setup, and much of what sounded interesting about it at the Syfy press tour hasn’t really shown up on the screen, at least not yet. Best of all, there are some intriguing twists. When I spoke with Brian Van Holt about the event series, he confirmed that the audience will get a satisfactory conclusion to the story, presumably meaning we’ll learn who the murderer is, but that the setting, the cast, the overall structure, and really everything about the production was so great, that he was really hoping the six hours would do well enough to garner a regular season order. There are plenty of stories to tell there, he assured me.

So I’m going to watch the remaining four hours with the rest of the viewing public and see where the good ship Ascension takes us. With hopes for a lot of development of one or two interesting twists in the remaining two nights:

I give Ascension, Night One, Three out of Five Stars.