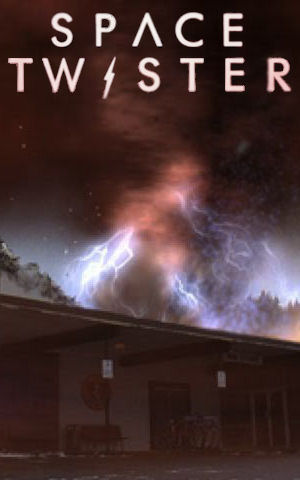 Erica Cerra, star of Syfy’s hit series “Eureka” plays a scientist in “Space Twister.”  Other-worldly storms — similar to the ones comprising the eye of Jupiter – begin destroying the planet, disintegrating everything they touch. A high school student’s science project becomes the mysterious key to ending the catastrophic storms and saving civilization. A production of Cinetel, “Space Twister” co-stars Mitch Pileggi (“Sons of Anarchy”). 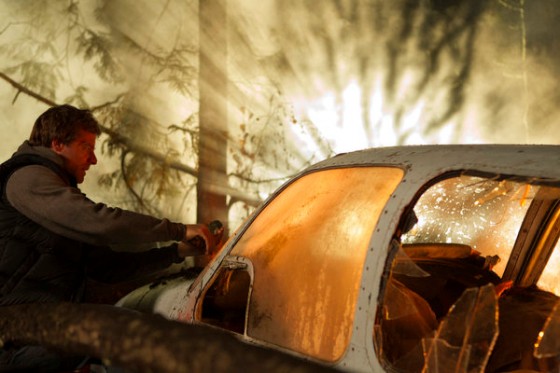 When I started watching this movie, I had settled in for a familiar Syfy Original Movie so-bad-it’s-good fun watch, and was shocked by what I saw. This one is really good! Yes, seriously! There is actual science involvement! I felt compelled to pause and look up more than one term on the internet – and how great is that?! (Yes, I have a liberal arts degree so “science” to me may not be “science” to a scientist, but still! Actual terms to look up!) It also has genuine storyline surprises! Sure, it’s a Syfy Original Movie, but fan of that or not, if you’re a fan of, say, Eureka, I think you’re going to like this one. It’s definitely the best one I’ve seen yet.

It doesn’t hurt that Eureka’s Jo Lupo, Erica Cerra, is in it. So is The X-Files Asst. Dir. Skinner, Mitch Pileggi, Battlestar Galactica’s Racetrack, Leah Cairns, and Rory’s dad from The Gilmore Girls, David Sutcliffe. Sutcliffe plays a dad here too, so it’s nice and familiar. Cairns gives a slightly edgy feel to the standard mom role. Pileggi is terrific and hits just the right notes. In a recent interview he said that he came into the part as a last-minute substitute for Greg Grunberg. Now, I love Greg Grunberg’s work but I really think he would have changed the tone of this movie, and it’s Pileggi’s work that helps it feel more, well, serious. But best of all is Erica Cerra. She is an absolute delight and completely, refreshingly natural in the part of a scientist.

There’s a nice balance between effects and story, so there’s plenty of action but a decent story that doesn’t get too convoluted, nor does it drag. There’s some character development, but it isn’t labored. There are a couple of cliché characters, but that’s okay, because the story kicks right along. The production values in this movie are better than many others I’ve seen, and I really like the storm effects.

The Avengers doesn’t open until next week, so this is a great way to spend your Saturday night. It’s an energetic, snappy, surprising, smart Syfy Original Movie, so go ahead and give it a try. It’s a treat.

I give Space Twister Four Out of Five Stars.