Tomb Raider Reboot Gets Picked Up By GK Films; Slated for 2013 Release 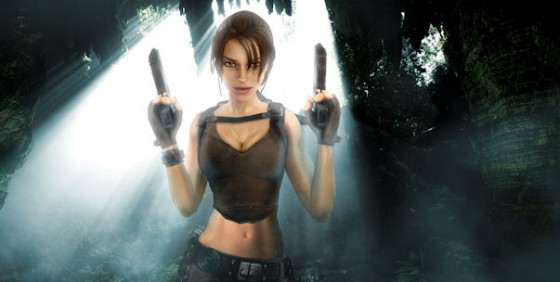 Earlier this month, we brought you a report about producer Dan Lin (Real Steel) reportedly moving forward with his complete reboot of the Tomb Raider franchise, replacing Angelina Jolie (Cleopatra) who held the role of Lara Croft in 2001′s Lara Croft: Tomb Raider and 2003′s Lara Croft Tomb Raider: The Cradle of Life.

At the time, it was reported that Olivia Wilde (Cowboys & Aliens) was rumored to be the top contender to star as Lara Croft in the proposed Untitled Lara Croft Tomb Raider Project.

An insider close to the project said,

“This would be a far darker and more serious Tomb Raider movie, the idea is to get a top director and an intelligent script and make this an empowering character for women as well as a popular one with men. Olivia Wilde is one of the names being suggested for the lead role. She would appear to be ideal.”

This move would make the previous story null and void, as GK Films acquisition pulls the production out of Dan Lin‘s hands. We have no confirmation whether or not the previous rumors about Olivia Wilde being eyed for the role of Lara Croft were true before, and we’re even less sure now that the production has changed hands. We’ll have to wait and see!

The Untitled Lara Croft Tomb Raider Project is slated to hit theaters in 2013.