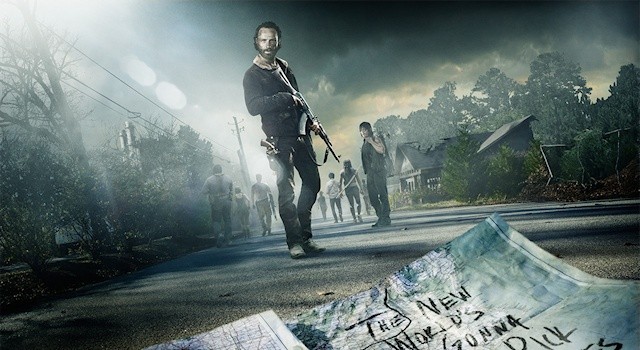 Do you realize that we haven’t had any fresh the Walking Dead in our faces for over a month? And that, by the time the midseason premiere airs, we will have had to suffer through over two months of no new Dead? To forestall a fan riot, or at least a lot of grumpy tweets, AMC has today released the official poster for the second half of Season 5.

It features a big Rick Grimes (Andrew Lincoln), with tiny versions of mostly the backs of Our Gang–thanks, AMC, for having Norman Reedus turn around–and a seemingly carelessly discarded (I expect that was for artistry, not neglect) map, the one that Abraham (Michael Cudlitz) left for Rick a while ago, and that the beloved prodigal Morgan (Lennie James) found in the midseason finale. 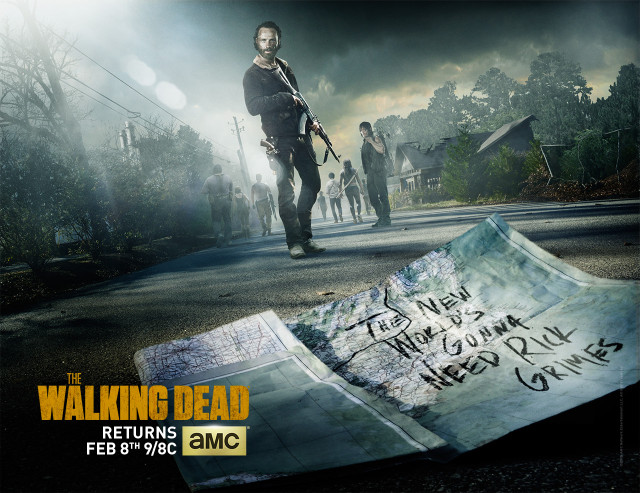 Now check out what the cast and production people have to say about what’s to come:

Featurette: The Walking Dead – A Look at the Final Episodes of Season 5: