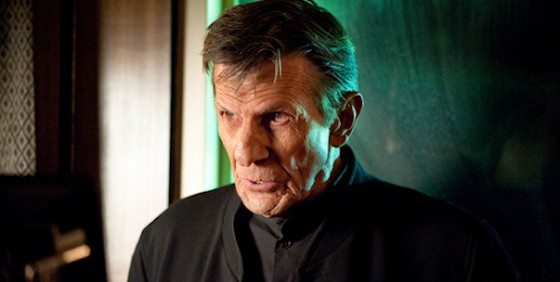 And they aren’t even very spoilery! I think I’m still slightly hoarse from screaming at my TV when reportedly retired Leonard Nimoy as William Bell appeared in person – not in animation, not in amber, but in person – during last week’s penultimate episode of Fringe‘s fourth season.

They must know how much we missed him, and how many questions we have, because instead of the usual clips of the new episode, they have released these three featurettes with Mr. Nimoy, discussing the elusive Mr. Bell. What a lovely way to finish off this fourth season. Enjoy!

Featurette: FRINGE – Bell Is Back
http://www.youtube.com/watch?v=c6CsmOVTves&hd=1

Did you catch that, at about 1:15 on that third featurette? The Nimoy Raised Eyebrow! Will we see it in tonight’s season finale? LET’S FIND OUT.