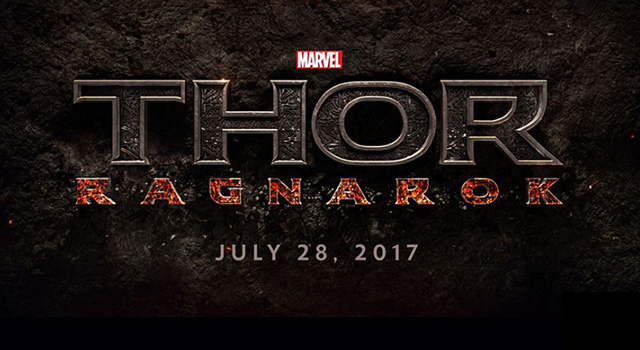 Thor Brings Ragnarok to the Marvel Cinematic Universe in 2017

Chris Hemsworth will reprise his role as the Mighty Avenger in his third solo film!

The Norse End of Days will come to the Marvel Cinematic Universe with Marvel‘s “Thor: Ragnarok” on July 28, 2017!

Chris Hemsworth will don the Mighty Avenger’s cape once more for the hero’s third solo adventure, and with a title as foreboding as “Ragnarok” you know he’ll have to rise to his toughest challenge yet this time around!

“This is a very important movie for us in Phase 3,” said Marvel‘s Kevin Feige. “We plan on taking Thor to another level. It picks up where we leave Thor in ‘Avengers: Age of Ultron‘ and impacts everything that comes after.”

Stay tuned to Marvel.com for the latest on “Thor: Ragnarok” and the rest of the Marvel Cinematic Universe as it develops!

We’ll keep you posted on the latest for Thor: Ragnarok starring Chris Hemsworth which is slated to hit theaters July 28th, 2017.