This Week on WMD Radio: Writer Cullen Bunn, Plus the Premiere of WMD After Dark!

Looks like SciFi Mafia isn’t the only excellent site to get a makeover. Our pals at Where Monsters Dwell, to whom we now refer as WMD Radio, has a new site, a new logo, a new way to listen live (no more having to download files and such), and fortunately, not a new crew! They say they’re not trying to be trendy. Well of course not. They make the trends. Congrats, gentlemen!

But wait, there’s more! Since they always have more to talk about than will easily fit into an hourlong podcast, they’ve added in a second, half-hour podcast, WMD After Dark! Not to be confused with Cinemax After Dark, it premieres tonight right after the WMD Radio show, and will be filled with rapid-fire discussion moderated by Redshirt Ryan:

Sometimes there are just too many things to cover in a week and not enough time. We have a solution. This week, WMD Radio debuts a brand new show, aptly titled WMD After Dark. 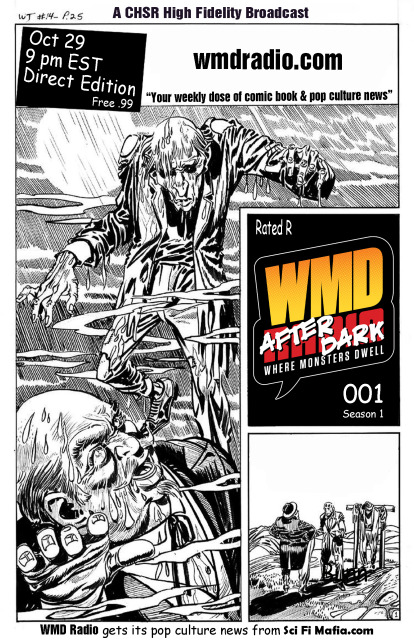 We’ll be joined in the studio by designer, illustrator and friend of the show Manny Peters as we discuss as many topics as Redshirt Ryan can squeeze into the half hour.

Be sure to stay tuned in Wednesday at 9PM EST / 10PM AST, immediately following WMD Radio #314, for our premiere episode!

This week on WMD Radio we welcome back friend of the show, Cullen Bunn. 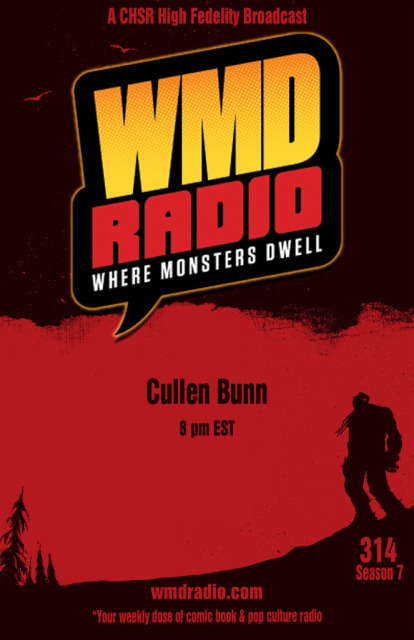 Cullen has a bunch of books in the work, including his newest: Terrible Lizard, which is due out next month from Oni Press.

If that wasn’t enough…..and it’s not……he’s also hard at work bringing us the next installment of Helheim,…..one of my favorites…… Brides of Helheim.

And on a more somber note, The Sixth Gun is creeping closer to its final issue with only 5 left. Cullen will be telling us what he has planned for the finale.

It feels like that should be enough, but no, there’s more. He’s also got Sinestro and Lobo coming out from DC, Magneto from Marvel, The Empty Man from BOOM!, and Godzilla: Cataclysm from IDW.

I don’t know where he finds time to sleep, or even be on this program. But he does, and he’s going to tell us about all of it. Tune in!

Don’t forget, you can join us by following along on Twitter, Facebook and of course at http://www.wmdradio.com

So tune in on Wednesday, October 29 at 8/7c (tonight!) at wmdradio.com for this week’s WMD Radio, and check out the premiere edition of WMD Radio After Dark right after, at 9/8c!