There’s Gonna Be a New THOR in Town, and She is Awesome 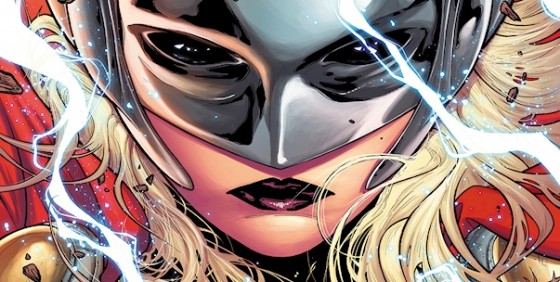 We at SciFi Mafia were a little puzzled when we received an email from Marvel yesterday, proclaiming “MARVEL ANNOUNCES AN ALL-NEW THUNDERING TITLE ON THE VIEW!” The View, really? But now the clouds clear… heh. I am absolutely getting this series.

It’s an interesting way for Marvel to reach out and acknowledge a growing segment of the fan base. No other judgment from here until we see the first issue. But wow, Marvel, you had better do an absolutely exceptional job with this. 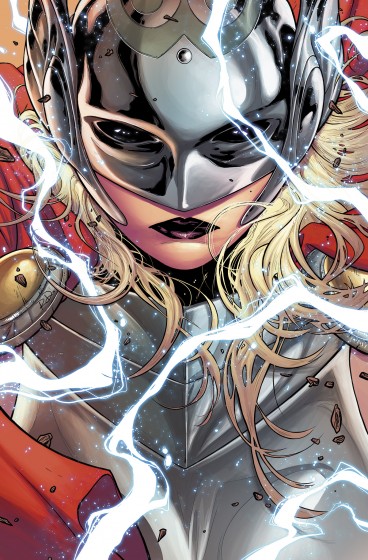 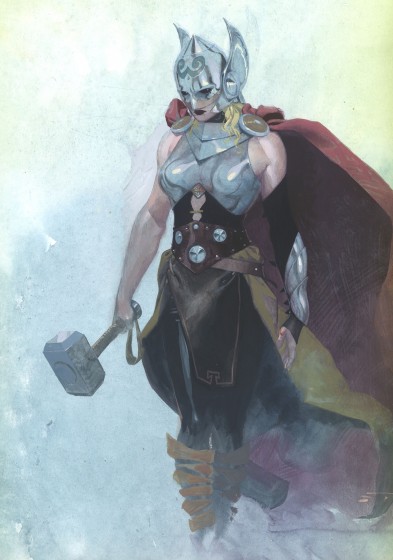 This October, Marvel Comics evolves once again in one of the most shocking and exciting changes ever to shake one of Marvel’s “big three” – Captain American, Iron Man and Thor – Marvel Comics will be introducing an all-new THOR, GOD OF THUNDER. No longer is the classic male hero able to hold the mighty hammer, Mjölnir, a brand new female hero will emerge who will be worthy of the name THOR. Who is she? Where did she come from and what is her connection to Asgard and the Marvel Universe?

“The inscription on Thor’s hammer reads ‘Whosoever holds this hammer, if HE be worthy, shall possess the power of Thor.’ Well it’s time to update that inscription,” says Marvel editor Wil Moss. “The new Thor continues Marvel‘s proud tradition of strong female characters like Captain Marvel, Storm, Black Widow and more. And this new Thor isn’t a temporary female substitute – she’s now the one and only Thor, and she is worthy!”

THOR is the latest in the ever-growing and long list of female-centric titles that continues to invite new readers into the Marvel Universe. This female THOR is the 8th title to feature a lead female protagonist and aims to speak directly to an audience that long was not the target for Super Hero comic books in America: women and girls.

For more on all things Marvel, follow us on Facebook at www.facebook.com/marvel and be sure to stop back continuously to see what everyone is saying about Marvel’s latest news.

Also, join Marvel this year at San Diego Comic-Con and for more on Marvel’s latest announcements please visit Marvel.com. Join the conversation on Twitter with #MarvelSDCC and don’t forget to follow us at @Marvel.

To find a comic shop near you, visit www.comicshoplocator.com or call 1-888-comicbook.

About Marvel Entertainment
Marvel Entertainment, LLC, a wholly-owned subsidiary of The Walt Disney Company, is one of the world’s most prominent character-based entertainment companies, built on a proven library of more than 8,000 characters featured in a variety of media over seventy years. Marvel utilizes its character franchises in entertainment, licensing and publishing. For more information visit marvel.com. © MARVEL