The Rise and Reign of Clarke Griffin: The 100 Character Spotlight

This is the story about a girl who fell from the sky and transformed before our eyes into an amazing young woman and a fearless leader. Clarke Griffin is the heart and drive of The 100, and a modern day action hero we can relate to and root for week after week.

If you’re not caught up with The 100, fair warning that this article contains spoilers from Seasons 1-2! 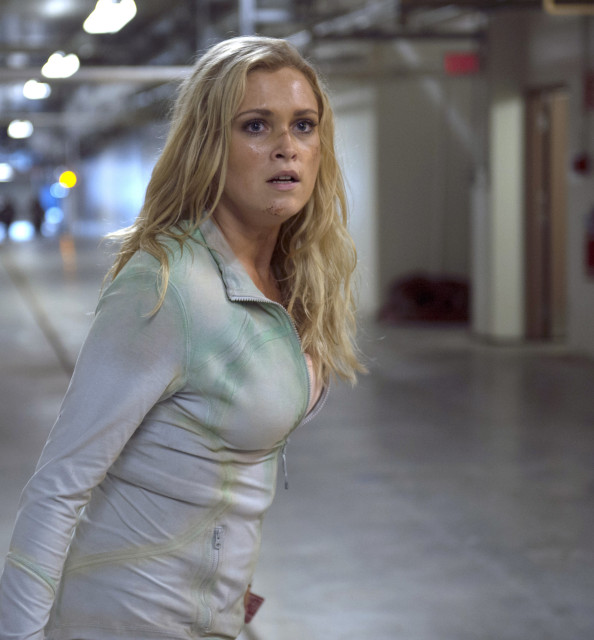 On The CW series The 100, Clarke Griffin is one of the most fascinating, riveting and well-crafted characters in the modern television era. She is tremendously multifaceted; complicated, relentless, resourceful and the very definition of selfless. Conflicted yet decisive, Clarke is absolutely fearless. Because of the myriad split-second decisions she’s been forced to make since arriving on Earth, she takes action out of necessity and with little time or consideration for fear or self-preservation.

ON THE GROUND, THERE IS NO LAW. ALL WE HAVE TO DO IS SURVIVE.


Imagine watching your father get killed for discovering a secret, essentially sentenced to death by your mother. Imagine being locked up in solitary at 17 years old, for knowing about the secret. Imagine then being unceremoniously shipped down to a destroyed planet that, should you even survive the crash landing, you may find to be uninhabitable due to radiated oxygen. 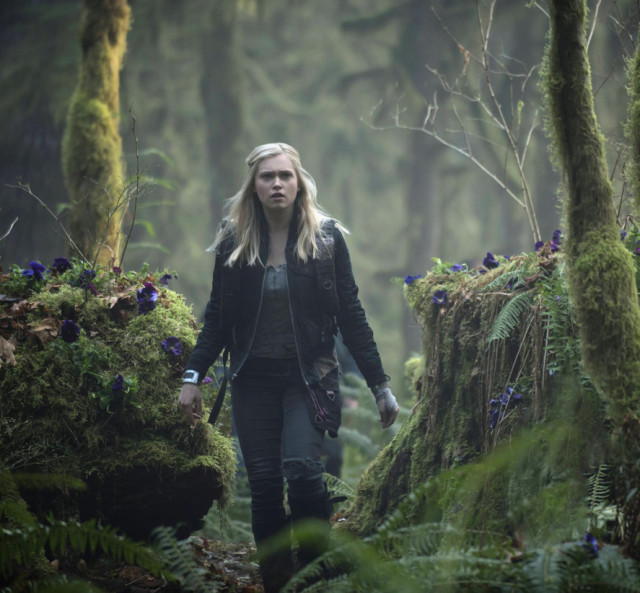 In a nutshell, that was Clarke Griffin’s origin story on The 100 – but her real life began upon arrival on Earth.

The Ark, Clarke’s childhood home and prison in space, will literally be a part of clARKe, forever. Appropriately enough, Clarke Griffin is an anagram for Ark, Cliff, Reign. The way I see it, Season 1 was The Ark, Season 2 found Clarke on the precipice (cliff) of losing herself and Season 3 may just illuminate the path to her true reign.

WHAT HAVE WE BECOME?

Make no mistake: Clarke Griffin may only be 18 years old on The 100 now, but she is no longer a girl. She matured quickly into a woman to be admired, to be followed and to love. Clarke has experienced more in 17 years in the sky and several months on Earth than most of us have in a lifetime.

Like most superheroes, Clarke has a dark family history and a strong compulsion to help others that she is unable to ignore. But Clarke doesn’t need to don a cape for us to see that she’s incredible, that she’s human and flawed and aches to save everyone within reach. Taking calculated risks with both her head and her heart, Clarke is unable to mask her true identity, nor shield the heart that resides so openly on her sleeve. 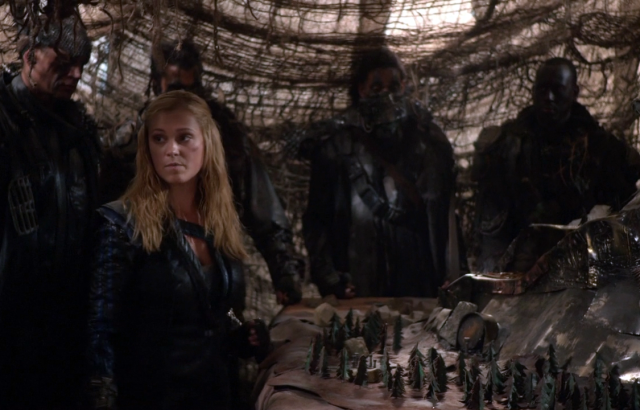 Clarke wasn’t elected into her role as the leader of the Ark survivors; she is the chosen one, the de facto commander of her people, the one who took charge and started making difficult decisions when no one else stepped up.

She has more than proven her leadership and far outlived the Princess moniker. Without asking for responsibility but taking it on nonetheless, Clarke sits atop a veritable post-apocalyptic pedestal with a perspective and burden shared by no other.

GET KNOCKED DOWN, GET BACK UP

She encounters and engages monsters without hesitation, from giant gorillas to Reapers. On many occasions, she gets her ass kicked and kicks major ass in return. Trusting her gut instincts, Clarke approaches danger with walls of courage reinforced by sheer grit. 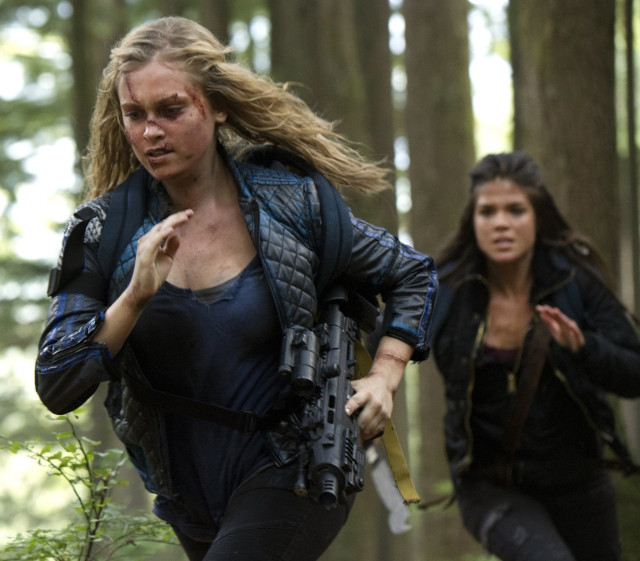 The one absolute in Clarke’s life is that she is loyal and dedicated to her friends and family, always and first. She considers her own health and safety as an afterthought, long after those she cares for. Clarke’s growth as a leader, a healer and a political ally from Season 1 to Season 2 has been astounding. In Season 3, although she will be taking time to find herself again, the concern for those she loves will remain top of mind and firmly entrenched in her healing heart.

VICTORY STANDS ON THE BACK OF SACRIFICE

At the end of Season 2 of The 100, it is clear that Clarke is broken, as a leader, a daughter and a friend. The burden on her shoulders is weighted down by a devastatingly high body count, and her hands are stained with the memory of the blood from the lives she has taken to save her people. Wherever Clarke travels and settles along her journey in Season 3 and beyond, she will no doubt be accompanied by the ghosts of the children that lived inside Mount Weather. Despite her ability to eventually move on, Clarke may understandably have trouble letting go. The souls of the innocent are many, and despite Bellamy’s help to pull the lever that ended their lives – we know that she takes on the onus of their loss herself. 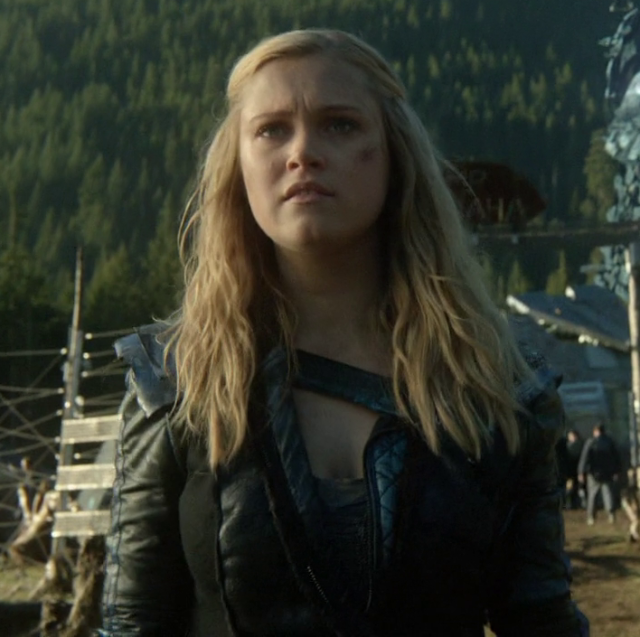 Regardless of where Clarke wanders on her walkabout after leaving Camp Jaha, she will also be haunted by and likely avoid many familiar locations: Mount Weather, the drop ship, tonDC, the bunker. I speculate that Clarke will seek out and perhaps create her own new shelter, somewhere safe yet far from recognizable faces. She is choosing to be alone, until she’s ready to face her people again, or confront Lexa in Polis, or perhaps even join another faction of Grounders and begin a new life. Yet I imagine that unexpected encounters along the way may force her hand or alter her intended path.

SALVATION COMES AT A PRICE

As for Clarke’s heart . . . she is very deserving of the love she has to offer, and whoever is lucky enough to become the keeper of her heart best cherish its every beat, lest face the wrath of fictional friends and phenomenally passionate fans alike. But let’s be clear: Clarke is not a woman in need of rescuing by a prince or princess on a white horse. Frankly, it makes no difference who Clarke winds up with in the short or long term; all that really matters is that Clarke Griffin remains alive and has the opportunity to thrive. 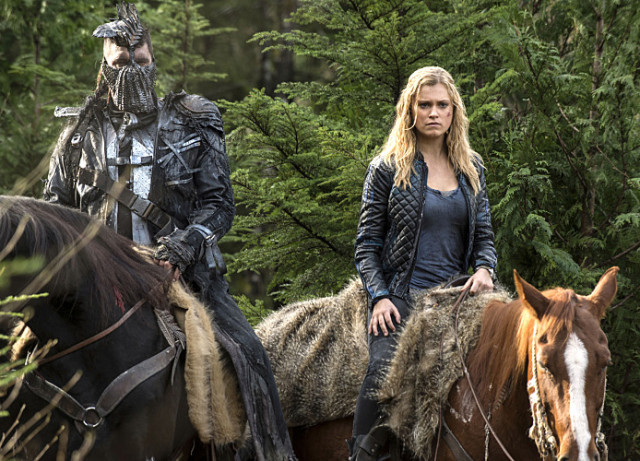 That being said, my greatest hope for The 100 is that Clarke Griffin will be remembered for her legacy of leadership rather than who she loved or who loved her in return. Life may be about more than just surviving, but thankfully Clarke’s ultimate happiness does not appear to be contingent upon being in a romantic relationship.

I suspect that in Season 3 of The 100, Ark survivors and Grounders alike will shift from respecting Clarke to fearing her. She will have become a legend after taking down Mount Weather, and her disappearance will only fuel the whispered tales around various clan campfires throughout the lands.

It must be noted that Eliza Taylor is a brilliant actress, and truly brings Clarke Griffin to life on screen with great depth. Eliza’s performance is powerful, and nothing short of breathtaking at times. From the first episode of The 100 on, it was quite clear that there is no one else who could ever be Clarke Griffin. Eliza was the perfect choice, because she enhances the role with admirable layers of nuance and dynamism. She exercises remarkable restraint as Clarke, contained without being controlling, appropriately emotional and never over-the-top.

If you haven’t already watched the first two seasons of The 100, you have several months before Season 3 to watch the show on Netflix, buy the DVDs (Season 2 is out in October) or download the episodes on iTunes!

Then buckle up your Grounder gear and grab a cup of Monty’s moonshine, because I strongly believe that we will witness the rise, potential rebirth and reign of Clarke Griffin in Season 3 of The 100.

I will be covering The 100 for SciFi Mafia at San Diego Comic-Con next week (live-tweeting The 100 panel on Friday, July 10) and when the show returns next year, deconstructing each new episode with in-depth analysis every week. As always, I encourage your constructive feedback and commentary. You can find me on Twitter @JOpinionated!