The Latest on Zack Snyder and the Future of STAR WARS 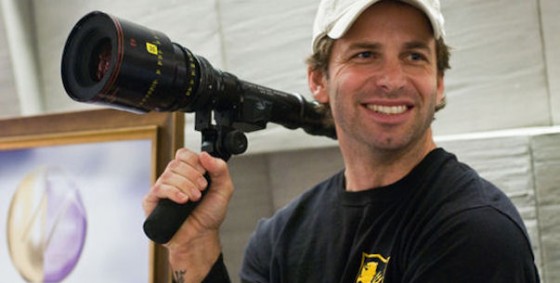 Y’all I’m going to need The Force to help me sort all of these news accounts. Earlier today everyone jumped on board with the news that Zack Snyder (Man of Steel) was going to direct the next Star Wars movie and since then it’s been a game of semantics. First it was news that he was working on Episode VII. Then NO. He has no interest in working on Episode VII. Then it was HA. He would be working on a movie that will run parallel to the new Trilogy. Then NO.

Have I lost you yet? Here’s the latest. Well, as of this minute.

Even though the report has come in that has given the resounding NO, Vulture stand by their guns and here’s why.

Though the Hollywood Reporter quoted Snyder’s rep as saying that he “is not involved in any way with the new Star Wars,” Vulture stands by its story. This reporter heard through a source very familiar with the situation that Snyder recently flew up to Marin County to meet with Lucasfilm execs about the project. When subsequently contacted by Vulture, Snyder’s spokesperson would only repeat that he “is” not currently involved. One should note the possible political ramifications here of our original story break: Snyder’s last Warner Bros. film, Sucker Punch, lost millions for the studio, and execs there could have become distressed at the idea of him getting involved with another studio’s franchise when they have so much at stake with their upcoming Man of Steel and may want him available for an immediate sequel.

So there  you have it. Maybe it’s news or maybe it’s not, but those are the rumors my friends. And you can count on us to bring you the latest shake down. Check back with us for the latest.