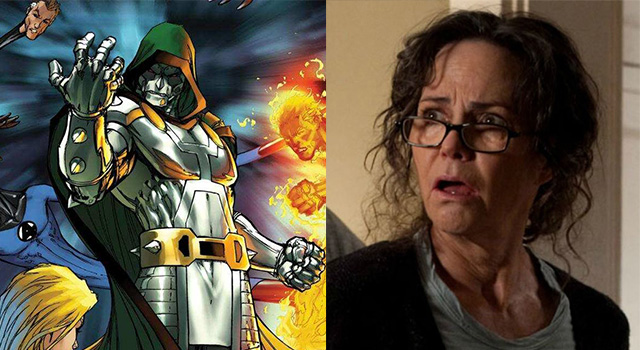 This post was dangerously close to being titled “Why Marvel is Weeping Today,” because Fantastic Four and The Amazing Spider-Man are two movie franchises not heavily controlled by Marvel; they are owned by Fox and Sony respectively, and the latest news from both of these movies sounds pretty cringe-worthy, and that’s coming from a blog that goes out of its way to find a silver lining in most all sci-fi entertainment news.

The latest from Fox‘s Fantastic Four is that Toby Kebbell (Dawn of the Planet of the Apes), in an interview with Collider, talked about his character Doctor Doom A.K.A. Victor Von Doom:

He’s Victor Domashev, not Victor Von Doom in our story.  And I’m sure I’ll be sent to jail for telling you that.  The Doom in ours—I’m a programmer.  Very anti-social programmer.  And on blogging sites I’m “Doom”.

Let your grimace show freely; we know ours is. But all this is not nearly as bad as the news of a spinoff from Sony‘s The Amazing Spider-Man. According to Latino Review, we need to start mentally preparing ourselves for an Aunt May solo backstory film with no Spider-Man, the idea being an answer to Marvel‘s Agent Carter.

Yes, an Aunt May movie. A movie about Aunt May as a youth, before she was shouldered with the responsibility of raising Peter Parker. The target mood is some sort of espionage story in the vein of AMC’s Mad Men, which sounds like a way of saying “1960’s Agent Carter” without name-dropping Marvel’s upcoming series.

I’m usually really on the side of let’s see how things play out, but I’m just going to demand that all the people at Sony and Fox head back to the drawing board, or better yet, sell these brands back to Marvel.

We’ll keep you posted on the latest.