I feel like we’ve been waiting for a teaser trailer for Ender’s Game for 1.6 billion years which is probably a little dramatic. And you know how some teaser trailers give you a really abstract look with no movie footage? NOT THIS ONE. BEHOLD!


We’ve had the tiniest of glimpses for Ender’s Game dished out to us over the last couple of months and today we get our first look at Ben Kingsley in the role of war hero, Mazer Rackham. It’s a role the reunites him with his Hugo costar Asa Butterfield (Ender). We saw him in the teaser trailer, but here’s a picture. 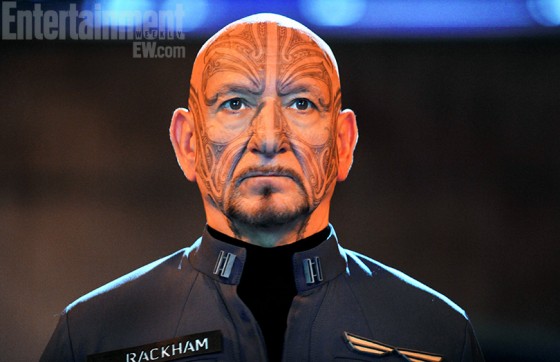 When asked by EW about the tatoos his character sports, here’s what he had to say.

Every gesture in the tattoo carries family history, family struggles – it’s your past. I was so enthralled. He’s in quite a contained, stylized uniform but then this wonderful face tells his warrior history.

Is there anything that Ben Kingsley cannot make cool?