TARZAN Ready To Swing Into Your Home Library 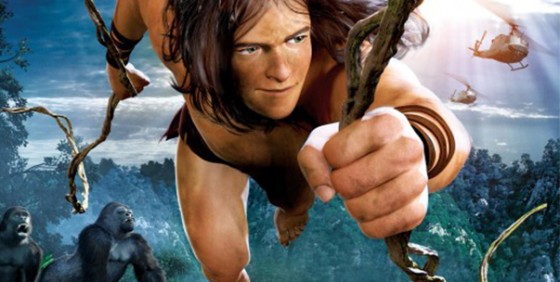 Kellan Lutz has made a pretty smooth transition from vampire (Twilight) to Hercules (Hercules: The Legend Begins). Check out his voice over work as Tarzan in the latest release from Lionsgate Home Entertainment. Here are all the details. 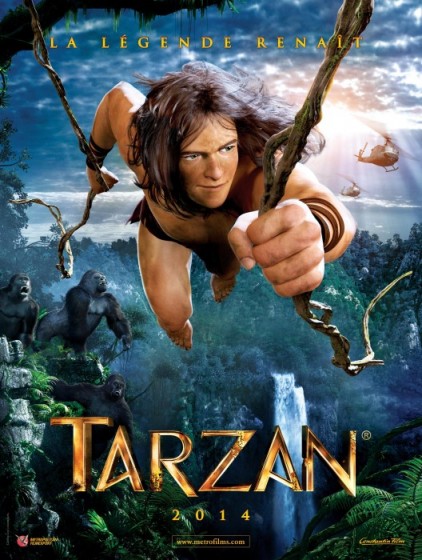 Experience the legendary tale when the action-packed family film, Tarzan, arrives on Blu-ray (plus Digital HD) and DVD (plus Digital) exclusively at Walmart, as well as Video On Demand and Pay-Per-View on August 5 from Lionsgate Home Entertainment. The film will be available three weeks earlier on Digital HD July 15.

Kellan Lutz (The Twilight Saga franchise) headlines the newest incarnation of the iconic tale Tarzan®, available on Blu-ray (plus Digital HD) and DVD (plus Digital) exclusively at Walmart August 5 from Lionsgate Home Entertainment. The film will be available on Video on Demand and Pay-Per-View everywhere the same day. Tarzan will be available three weeks earlier on Digital HD July 15. Based on the ‘Tarzan‘ stories created by Edgar Rice Burroughs, one of the most classic coming of age stories of all time is now completely re-imagined for a new generation in stunning CGI-animation. In its initial theatrical release the film has grossed over $35 million globally. Directed by Reinhard Klooss (Animals United) from a screen story and screenplay by him as well, Tarzan also features the voice talents of Spencer Locke (Resident Evil: Afterlife) and Jaime Ray Newman (TV’s “Mind Games“).

During an expedition to a remote African jungle, the Greystoke family’s helicopter crashes, leaving one survivor: the young boy J.J., nicknamed Tarzan. Raised by gorillas, Tarzan lives by the laws of the jungle – until he encounters another human being, the courageous and beautiful Jane Porter. For Tarzan and Jane, it’s love at first sight – and the beginning of a thrilling adventure – as Tarzan uses his instincts and intellect to protect his jungle home and the woman he loves.

With bonus material including three behind-the-scenes featurettes, Tarzan will be available on Blu-ray and DVD exclusively at Walmart for the suggested retail price of $19.99 and $19.98, respectively.