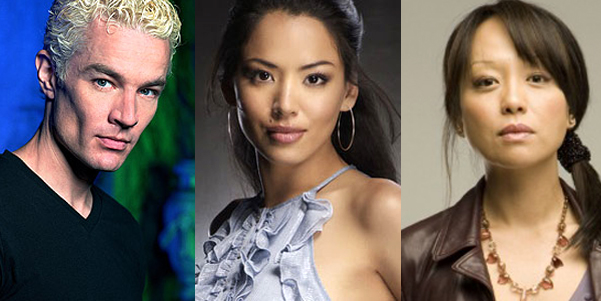 James Marsters (Buffy, Caprica), Stephanie Jacobsen (Melrose Place, Battlestar Galactica: Razor) and Naoko Mori (Torchwood) fans, hang in there! Syfy is still keeping Three Inches in mind for a series pickup. The series had initially lost out to Alphas for a place in the fall line-up, but network president Mark Stern states that they have not thrown Three Inches out of the window:

“We’re looking at another way to get Three Inches going. We love it, so we’re trying to figure out a way to do both [that and Alphas] right now.”

As SciFi Mafia reported to you last December, one of the options the network was looking at for Three Inches was to reformat it from a one-hour format into a half-hour structure. Hopefully, they can make this work!

In Three Inches, professional daydreamer and underachiever, Walter Spackman (Noah Reid) is struck by lightning, and develops a unique “super” power — the ability to move any object using just his mind… but only a distance of three inches. He’s soon recruited by a covert team of superheroes each gifted with their own extraordinarily ordinary abilities. Together, the unlikely band of heroes proves that “super” is simply a state of mind.