NICK HURRAN (SHERLOCK: HIS LAST VOW, DOCTOR WHO) WILL DIRECT

NEW YORK – Continuing to boldly expand its premium science fiction programming, Syfy has announced that it is greenlighting one of science fiction’s most beloved and influential novels, Arthur C. Clarke’s classic Childhood’s End, as a six-hour miniseries premiering in 2015. 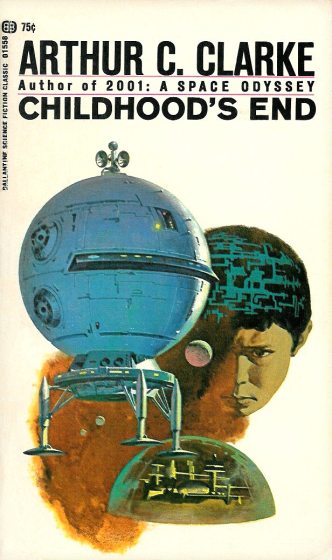 In making the announcement, Dave Howe, President, Syfy, said: “As we aggressively develop scripted programming over a diverse creative landscape, we want our content to reflect the greatest sci-fi stories from the past and the present. The powerful themes of Childhood’s End, from the fearsome price of peace and prosperity, to the very question of what constitutes a human being, remain fascinating and timeless. This will be the most ambitious project for Syfy in many years.”

Akiva Goldsman (Lone Survivor, A Beautiful Mind, I Am Legend) and Mike De Luca (Captain Philips, Moneyball, The Social Network) are attached as executive producers. Childhood’s End will be adapted by Matthew Graham (creator of BBC’s Life on Mars and Ashes to Ashes). Universal Cable Productions will be the studio.

Additional behind the scene credits include Emmy Award winners Neville Kidd (Director of Photography) and Yan Miles (Editor). Both were just honored by the Academy for their work in Sherlock: His Last Vow.

Hailed as a revolutionary work of science fiction since its publishing in 1953, Childhood’s End follows the peaceful alien invasion of Earth by the mysterious “Overlords,” whose arrival begins decades of apparent utopia under indirect alien rule, at the cost of human identity and culture.

About Syfy:
Syfy is a media destination for imagination-based entertainment. With year round acclaimed original series, events, blockbuster movies, classic science fiction and fantasy programming, a dynamic Web site (www.Syfy.com), and a portfolio of adjacent business (Syfy Ventures), Syfy is a passport to limitless possibilities. Originally launched in 1992 as SCI FI Channel, and currently in 96 million homes, Syfy is a network of NBCUniversal, one of the world’s leading media and entertainment companies. NBCUniversal is a subsidiary of Comcast Corporation. (Syfy. Imagine Greater.)