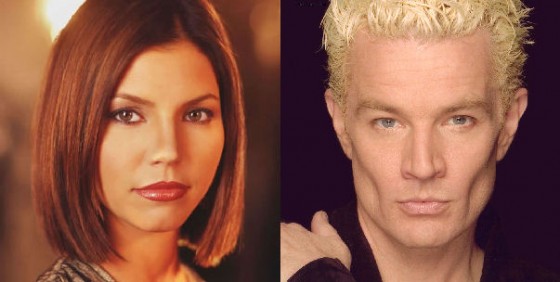 Well, not actually Cordelia and Spike, but the actors who played them on Buffy the Vampire Slayer and spinoff series Angel, Charisma Carpenter and James Marsters. According to Supernatural showrunner Sera Gamble, the episode is “’Bewitched gone wrong’ … [it was] all upside for this successful man (Marsters) while he was married to the witch (Carpenter), but now that he’s pissed her off, the whole town is paying the price.”

According to TVLine, they’ll be popping up on Sam and Dean’s radar during episode 5 of the season which starts next month, and the episode’s title, “Shut Up, Dr. Phil” we’ll just leave without comment.

Supernatural will be returning to The CW on Friday, September 23 at 9/8c. The episode featuring sizzling Charisma Carpenter and equally smokin’ James Marsters will likely air in October.