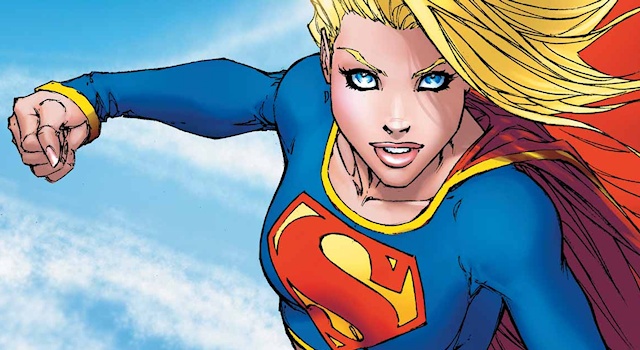 FINALLY. Okay, it isn’t Wonder Woman, it’s someone with “girl” in her title, but still. We here at SciFi Mafia couldn’t be happier with the news that CBS has made a series commitment for Supergirl. We told you recently that this show was in development, and expected to be shopped to networks soon. Shopped it was, on Wednesday, and picked up it was, last night, by the one major network that still didn’t have a comics-based series on its schedule. Well done, CBS, and welcome to the party.

According to Deadline, this version of the story has Supergirl as embodied by Kara Zor-El, Superman’s cousin from Krypton. In the new series, she will be 24 years old, and deciding or recently having decided to embrace the fact that she has superpowers on Earth, and will start to use them in heroic fashion.

Dear Everyone Involved in This Production: Please, oh please, do not screw this up. Thanks!