Steve McNiven Off Guardians of the Galaxy, Issue #7 to be Delayed 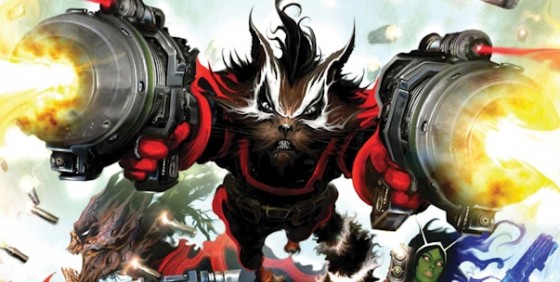 Marvel Comics Editor in Chief Axel Alonso has confirmed that Steve McNiven is no longer working on Guardians of the Galaxy. McNiven, who is currently drawing for Uncanny Avengers, will be replaced with up-and-comer Sara Pichelli.

Of the switch, Alonso had this to say to ComicBookResources: 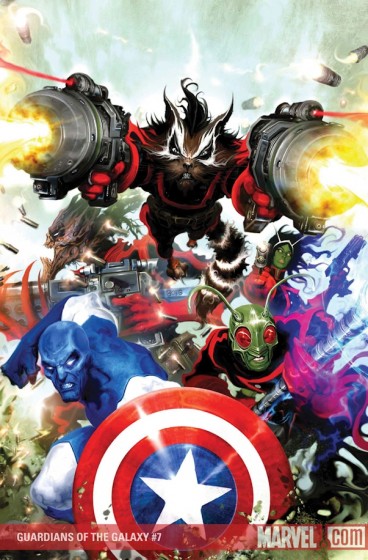 “Unfortunately, Steve will not be returning as he’s hard at work on Uncanny Avengers. Steve helped give us a great launch and, based on the feedback we’ve been hearing from readers, the transition to new superstar Sara Pichelli has been smooth.”

It’s also been learned that, while Guardians of the Galaxy #7 will be delayed slightly, Marvel giant Olivier Coipel (House of M, Thor) will contribute a “sequence” to issue #7.

“And just to get all the cards on the table, since we also announced this week that Guardians of the Galaxy #7 is a bit delayed: Sara was hit pretty hard by a nasty flu bug over the past few weeks, and we’ve tried our best we can to hold the book for her, since she and Brian [Michael Bendis] work so closely together and he writes for her strengths,” Alosno continues. “[Editor] Steve Wacker huddled with the folks in talent management – C.B. Cebulski and Dan Edington – to devise a creative solution that will actually see superstar Olivier Coipel come in for a powerful sequence involving Star-Lord and Thanos. But I’ve probably said too much.”

You can look for Guardians of the Galaxy #7 in the coming weeks.