Stars of THE HOBBIT: THE BATTLE OF THE FIVE ARMIES on the World Premiere, Pippin to Sing, and Air New Zealand Strikes Once More

As we enter into November, we’re only just over a month away from the premiere of The Hobbit: The Battle of the Five Armies, the final installment of the Hobbit trilogy, and perhaps the final chapter of the Middle Earth saga as envisaged by director Peter Jackson. Oh how I’m wishing for word of a Jackson interpretation of The Silmarillion.

Until then, we’ll have to accept that we’ll soon be bidding a fond farewell to Jackson’s version of Tolkien and all that entails. You’ll catch a bittersweet note in the videos and press release we have for you below. We start off with an announcement about the details of the world premiere of the film, given in video form by the male stars of the film, including a bearded(!) Martin Freeman:

Featurette: The Hobbit: The Battle of the Five Armies – World Premiere Announcement


Next up, we have the press release announcing that Billy Boyd, Pippin in the Lord of the Rings movies, has written and recorded the end title song for the final Hobbit film: 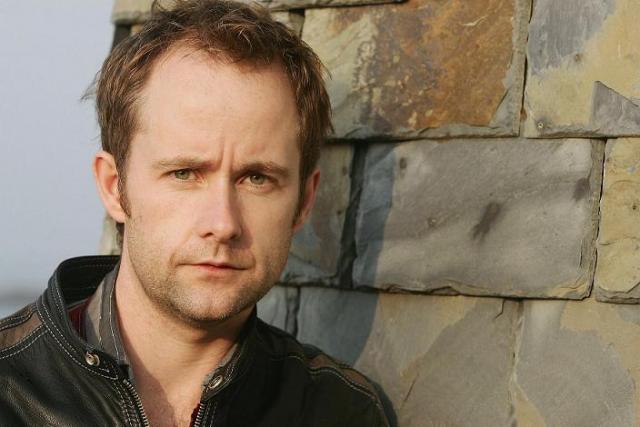 “THE LORD OF THE RINGS” TRILOGY’S BILLY BOYD PERFORMS SONG IN “THE HOBBIT: THE BATTLE OF THE FIVE ARMIES”

BURBANK, CA (October 24, 2014) – Gearing up for the December 17, 2014, release of “The Hobbit: The Battle of the Five Armies”—the third in a trilogy of films adapting the enduringly popular masterpiece The Hobbit, by J.R.R. Tolkien—filmmakers Peter Jackson, Fran Walsh and Philippa Boyens announced today that Billy Boyd will perform the film’s end title song, “The Last Goodbye,” which he co-wrote with the filmmakers.

In making the announcement, the filmmakers stated, “It is hard, after 16 years and six films, to know exactly how to say goodbye. We knew that we wanted to speak directly to all those who have taken this journey with us, especially to the fans whose love of these films has so often kept us going. This is why we asked Billy Boyd, who has been with us from the very beginning, and whose portrayal as Peregrin Took in ‘The Lord of The Rings’ films is so beloved, to help write and perform the final song in this trilogy. Billy is not just a wonderful actor but also an extremely accomplished singer/songwriter—we are so glad he agreed once again to share his talent with us.

“There is always something simple and truthful and heartfelt running through even the grandest of the tales of Professor Tolkien. As Thorin tells Bilbo at the end of The Hobbit, if the world valued song and cheer above gold it would be a merrier place. As much as ‘The Battle of the Five Armies’ is an epic story about war and sacrifice and loss, it is also a personal tale about the importance of friendship and family and home.

“‘The Last Goodbye,’ performed by Billy Boyd, is both a farewell to Middle-earth and it is also our leave-taking of the audience. We cannot imagine a more perfect voice to carry us away from the shores of Middle-earth…one last time.”

Billy Boyd reflects, “I wanted the song to be a goodbye to all the fans who have been part of this amazing journey and to the whole world of Tolkien as it has been told in the cinema for our generation. No one knows the world of Tolkien better than Peter, Fran and Philippa, and I feel incredibly touched and honored to be asked to write and perform this song, and to be at the start and end of these beautiful, historic stories. To once again work so closely with them has been one of the true honors of my working life.”

The soundtrack to “The Hobbit: The Battle of the Five Armies,” featuring “The Last Goodbye” performed by Billy Boyd, is available now for preorder at Amazon.com [see link below].

New Line Cinema and Metro-Goldwyn-Mayer Pictures Present a Wingnut Films Production, “The Hobbit: The Battle of the Five Armies.” The film is a production of New Line Cinema and Metro-Goldwyn-Mayer Pictures (MGM), with New Line managing production. The film will be released worldwide on December 17, 2014, with select international territories releasing on December 10, 2014. Warner Bros. Pictures is handling worldwide theatrical distribution, with select international territories as well as all international television distribution being handled by MGM. www.thehobbit.com

Featurette: The Most Epic Safety Video Ever Made #airnzhobbit


Featurette: Behind the Scenes of the Most Epic Safety Video Ever Made #airnzhobbit