Today’s Star Wars news comes from the animated side of force, or as the TV spot below says, “the lighter side.” We’re all very much looking forward to the release of the first full trailer for the upcoming series Star Wars Rebels on Sunday, May the 4th, but especially looking forward to seeing it while watching another premiere: Star Wars: The New Yoda Chronicles. I could watch LEGOs exploding all day long.

Check out the TV spot for Star Wars: The New Yoda Chronicles, followed by a Star Wars Rebels heroes poster and press release: 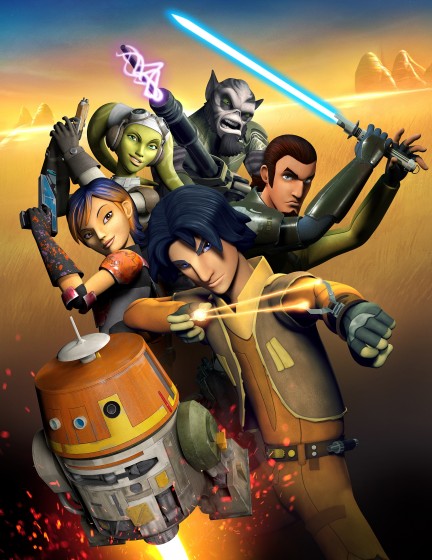 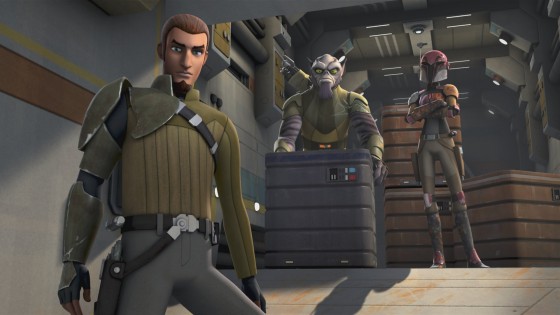 The rebellion begins this Sunday. The trailer for the upcoming animated series “Star Wars Rebels” will premiere in a global, multiplatform debut on Star Wars Day, SUNDAY, MAY 4th — also known as “May the 4th Be With You,” the unofficial fan-driven holiday celebrating Star Wars.

In the U.S., Disney XD will feature the “Star Wars Rebels” trailer during the premiere of LEGO‘s “Star Wars: The New Yoda Chronicles” at 7:00 p.m., ET/PT. Additionally, the trailer will air on Disney Channel, ABC, ABC Family, Fusion, ESPN, ESPN2 and ESPN3 at varying times throughout the day.

The trailer will also debut on Disney XD and Disney Channels in countries spanning across Europe, Middle East, Africa, Southeast Asia, Latin America and Australia — reaching approximately 105 million households in over 50 countries, across six continents and over 20 time zones.

On Sunday, May 4 (12:01 a.m., PT), the trailer will be available across multiple sites including www.StarWars.com, www.ABC.com, www.ESPN.com and www.Disney.com.

ABC’s “Good Morning America” will air an exclusive 30-second sneak peek at the trailer on Friday, May 2nd.

“Star Wars Rebels” continues the epic tradition of the legendary Star Wars saga with all-new exciting, action-packed adventures. It is a dark time in the galaxy, as the evil Galactic Empire tightens its grip of power from world to world. As the series begins, Imperial forces have occupied a remote planet, ruling with an iron fist and ruining the lives of its people. The clever and motley crew of the starship Ghost is amongst a select few who are brave enough to stand against the Empire. Together, this ragtag group will face threatening new villains, encounter colorful adversaries, embark on thrilling adventures and become heroes with the power to ignite a rebellion.

Scheduled to premiere in the fall as a one-hour special telecast on Disney Channel, it will be followed by a series on Disney XD channels around the world.

Follow @DisneyChannelPR and @StarWars for the latest news on #StarWarsRebels.

LEGO‘s Star Wars: The New Yoda Chronicles premieres on Sunday, May the 4th at 7pm/6c on Disney XD.

Star Wars Rebels premieres this fall as a one-hour special telecast on Disney Channel and will be followed by a series on Disney XD channels around the world.