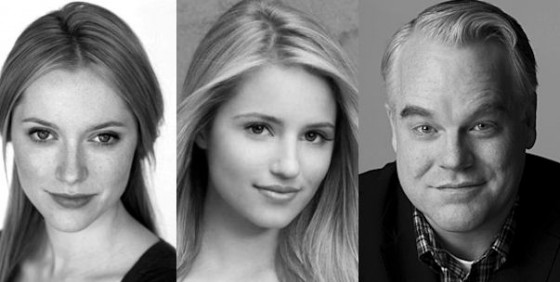 We reported awhile ago that Emma Stone (Easy A, Zombieland)  and Mia Wasikowska (Alice in Wonderland) were both in consideration for roles in director Marc Webb‘s ((500) Days of Summer) Untitled Spider-Man Reboot, we also brought you the rumor that Dominique McElligott (Moon) had already scored the role of Gwen Stacy back in August.

Now, it seems to be everywhere that McElligott is a contender a role in the film, along with the latest additions – Dianna Agron (Glee, I Am Number Four) and Georgina Haig (Wasted on the Young) who are reportedly the top contenders for the role of Gwen Stacey.

There is also an unconfirmed rumor that Sony wants  to bring Venom back as Spidey’s villain, and that they are in discussions with Philip Seymour Hoffman (Farragut North, Moneyball) for the role?