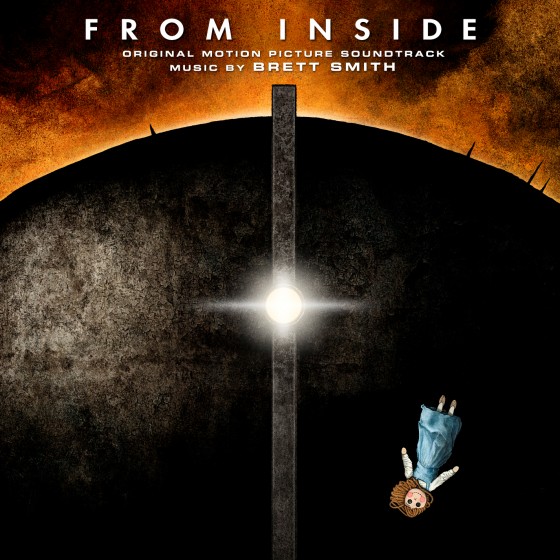 From Inside – Original Motion Picture Soundtrack features original music by Brett Smith (the band Caul). Based on the epic graphic novel by John Bergin, From Inside is the story of Cee, a young pregnant woman who finds herself on a damaged train slowly transcribing its way across a bleak post-apocalyptic landscape. Flood, war, starvation and a plague of death threaten the train’s passengers. Cee struggles through these dangers while coping with the memory of her lost husband and the imminent birth of her child.

A post-apocalyptic landscape needs a dark score. Composer Brett Smith found this a particular challenge. He said, “I had to somehow convey the weight of the world, misery and despair that Cee had never been exposed to.”

One such scene is when Cee walks through the packed train, past sick passengers. Smith described, “The music begins with a childlike melody, very sad and delicate, then when Cee is overcome by the horror she sees, strings come in, courtesy of Jonathan Wilson, playing the Guitar Viol, a unique stringed instrument he makes by hand.”

Smith lives and works in Kansas City, where he settled after studying at the Institute for Audio Research in New York City. In Kansas City he met From Inside’s writer/director John Bergin and joined his band Trust Obey as guitarist. Trust Obey was signed by Trent Reznor’s label (Nothing Records) and released several acclaimed works, including the alternate soundtrack to The Crow. At this time Smith began releasing solo work, quickly becoming a mainstay of the dark ambient underground. This led to work scoring video games, PSAs, music licensing and film scoring.

From Inside is available on DVD and streaming on June 1, 2012. The From Inside — Original Motion Picture Soundtrack on Lakeshore Records is available digitally and in stores now. 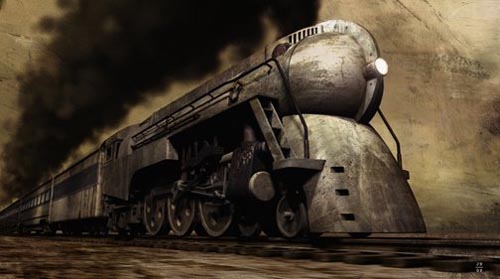 Given the description of the movie, I was a little concerned that this soundtrack was going to be maudlin and whiny and depressing. I couldn’t have been more wrong. It is gorgeous.

This is a beautiful, ambient sound kind of soundtrack. I’d call it New Age if that didn’t seem somehow derogatory. It is somewhat similar to soundtrack and theme music by Angelo Badalamenti (Twin Peaks, Inside the Actor’s Studio theme), but more understated and without the easily identified melodic themes. Some of the tracks seemingly have no discernable beat, but rather move from sound to sound naturally. Other times there’s a driving beat, either from low drums or low tones or even just a pulse of sound, but this soundtrack is never loud. It’s completely atmospheric – it’s the wind, emptiness, ancient bells, a train, a single voice, a chorus, even an almost-TARDIS sound, all synthesized. But always, always atmospheric.

I’ve not seen the animated movie for which this was written, so I’m reviewing it from purely a listening standpoint, and it is remarkable in its subtlety. It isn’t a purely Zen experience; there is a definite dark mood in almost every track. But there is an Asian influence in a few tracks, Middle-Eastern in another, and track 12, “Tunnel,” starts ever-so-slightly dark but segues into a lovely, nearly happy long middle section with a slightly up-tempo beat before turning, near the end, ever-so-slightly dark again. It’s a track you could listen to any time. The others as I said are dark but are not, surprisingly, literally depressing.

The movie is classified as “horror” but this music doesn’t have a creepy or scary feel. Because it’s never loud or heavy or symphonic it never feels overtly frightening, like a big scary monster; it feels like a vast landscape. Viewing the devastation after it’s over but not necessarily heading into more. If I didn’t know it was horror, it could be a journey through space, or a wasteland, or even the ocean or the Himalayan peaks or North of the Wall or any place that could be bleak, desolate, and tinged with quiet, inexorable thematic darkness.

Now for some of the tangibles. My review copy is a digital download so I can’t speak to the packaging, but I did also see the booklet which includes some striking artwork from the movie, as well as the track list and some of the main credits from the movie.

The tracks can be played separately as well as continuously.

This is a beautiful quiet atmospheric listen, and I recommend it completely.

I give From Inside, Original Motion Picture Soundtrack Five Out of Five Stars.

Pick up your copy of the From Inside soundtrack at Amazon, using the link below!