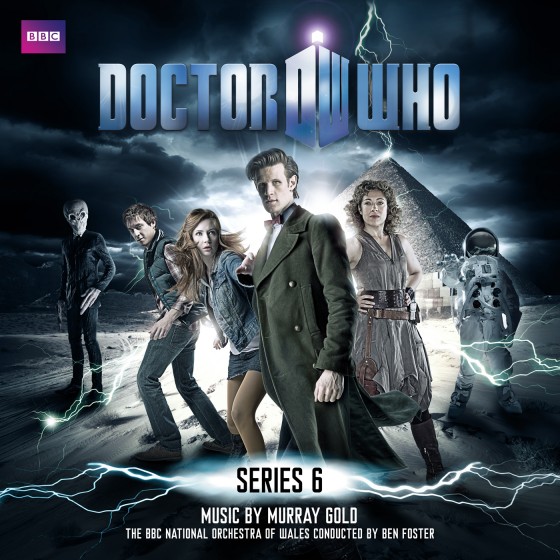 Performed by: The BBC National Orchestra of Wales Conducted by Ben Foster

The seventh Doctor Who release of Murray Gold’s thrilling music, a 66 track double album featuring lush performances from The BBC National Orchestra of Wales arrived on February 28th. Six years of composing riveting music for Doctor Who has led to Murray’s work being performed at a special Proms concert at the Royal Albert Hall, a celebration of the music at the Millennium Centre Cardiff and a place in the Classic FM Hall Of Fame. 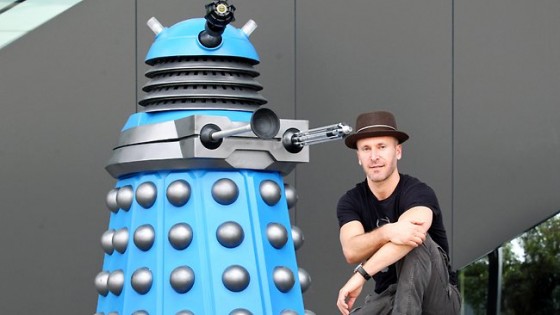 Get this CD set. And if you’re a fan of the rebooted Doctor Who, meaning Doctors 9-11, and especially the current 11th Doctor, Matt Smith, absolutely get this. In fact I knew I would recommend this collection five seconds into the first track – the “I Am the Doctor” theme written by Gold for Matt Smith’s Doctor (fans will know it as soon as you hear it) comes up right away, instantly making me grin. The brilliant twist in this version is the addition of a twanging guitar; remember, they’re in Utah in the first episode of Season 6. Soon we get the patented Doctor Who woman “ooo”-ing that has been a hallmark of poignant moments throughout the rebooted series, though the melodies vary.

But the wonderful thing about this cd is that it stays that great throughout both discs. Even if you’ve never seen Doctor Who, these discs are a great listen, though anyone will think there must have been a lot of running in this season; it sure sounds like it. The BBC National Orchestra of Wales is a full orchestra, so it’s a beautiful sound. His periodic drop-in of syncopation, electric guitar – played by Mr. Gold – and synthesizer adds freshness as does the occasional sound-effect styles of playing.

Listen whatever way is best for you, but like all orchestral music, there is a great deal of subtlety and use of lower dynamic levels that you’ll miss if you don’t use earbuds/headphones or crank up the volume. Of course you can always do both, just be careful – especially on “Apollo 11” – since there are periodic giant shifts in tone, mood, and volume within many tracks. You’ll also want to listen on continual play as opposed to a track-by-track basis for the best experience, since each track flows effortlessly into the next.

The discs are arranged by episode, and I’ve included comments on each episode below. The index listing each track is on the back cover of the standard dual-disc case. Also included in the case is a nice booklet that includes some screen shots from the season, and notes from Gold on each of the episodes

“The Impossible Astronaut/Day of the Moon” – Featuring twangy guitars that evoke the American West along with 1960’s spy music, it’s absolutely brilliant, and sets the tone for the discs

“The Curse of the Black Spot” – Beautiful cello work, followed by 6/8 pirate time with viola taking the melody which perfectly evokes an old-timey-pirate; there’s a different female voice, though the melody feels similar since it’s “ahhhhhh”s,  the “Deadly Siren” is terrific

“The Doctor’s Wife” – “My TARDIS” is absolutely charming, almost like a ballerina music box; “I’ve Got Mail” and “Run, Sexy” both have very techno aspects

“A Good Man Goes to War” – A lovely piano waltz; it’s a band instead of orchestra, according to the disc notes, but “fairly large” – you wouldn’t know; “Melody Pond”is nice and big

DISC TWO
“Let’s Kill Hitler” – “Growing Up Fast” is a charming children’s song, “Blush of Love” a sweet first love song with a surprise ending; “Terror of the Reich” has Nazis and spy-type action and creepiness; the rest is  suspenseful, a weirdly swingin’ bit, creepiness, bits of the British national anthem,  then chilling, charming, ominous and beautiful

1. Growing Up Fast
2. The Blush Of Love
3. Terror Of The Reich
4. The British Are Coming
5. A Very Unusual Melody
6. When A River Forms
7. Pay Attention Grown Ups
8. The Enigma Of River Song

“Night Terrors” –  “Bedtime for George” is very evocative of a children’s bedtime song but slightly creepy then very creepy then  the I Am the Doctor theme; “Tick Tock Round the Clock” is a familiar theme for anyone who’s seen this season; “A Malevolent Estate” – no kidding; “Night Terrors” lays the creepy right on top of the nursery song, and even adds in a little Psycho violin screech

9. Bedtime For George
10. Tick Tock Round The Clock
11. A Malevolent Estate
12. Night Terrors

“The Girl Who Waited” – “36 Years” is appropriately brittle and sad; “Lost in the Wrong Stream” features nice use of battle drums, then more running

“Closing Time” – Lots of marimba in this makes it feel lighter; Stormageddon’s theme is wonderful, with a tango rhythm; “Definitely Going” is charming, like Stormy and the Doctor together; “Fragrance” is lovely and longing; “My Time is Running Out” even more so, with a bit of cello and flute and bells and a hint of that “I am the Doctor” theme

“The Wedding of River Song” – Of course “Tick Tock” with vocals had to appear here; “5:02” is my least favorite kind of Doctor Who music – dramatic with Ahhh vocals but with a drum set for some inexplicable reason, as it makes it feel like the old folks are trying to be hip; the remaining entries, however, are sweeping and wonderful, as expected

“Day of the Moon” – Out of order here since this piece was originally recording during a session for the Pandorica episodes, it’s extra “I am the Doctor” material, but is as lovely and sweeping as the preceding pieces

35. The Majestic Tale (Of a Madman In A Box)
This two-disc set is full of a wide variety of moods and tones; majestic, creepy, sad, tense, silly, charming, militaristic, scary, chilling, and triumphant, with lots of running, all so well represented that you only need close your eyes to see the episodes if you’re a fan, or to be simply swept away if you’ve never seen a scene.

I give the Doctor Who: Series 6 Soundtrack Five Out of Five Stars.

Pick up your copy of the Doctor Who: Series 6 Soundtrack at Amazon, using the link below!
[AMAZONPRODUCT=B005ZRGVHY]