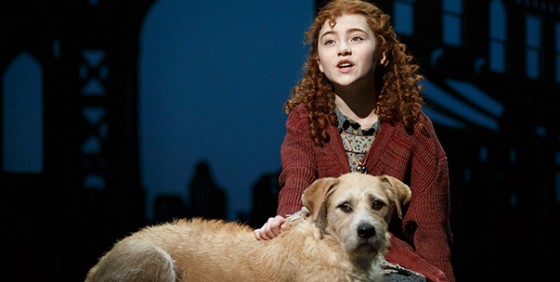 We reported last month that internet sensation and The Ellen Show performer Sophia Grace was to play Little Red Riding Hood opposite Johnny Depp in Disney’s Into The Woods. Today Disney has announced that they have decided to go with someone else.

12 year old Lilla Crawford (who is two years older than Sophia Grace) is trading her red hair in the leading role in the Broadway production of Annie for a red cape in Disney’s Into The Woods, according to Vulture. This, just as filming has gotten underway.

And if you think you know the musical, composer Steven Sondheim has a little surprise for you. He writing a completely new song for the film, according to Hypable.