So Much Love for this Aquaman Casting for BATMAN V SUPERMAN: DAWN OF JUSTICE 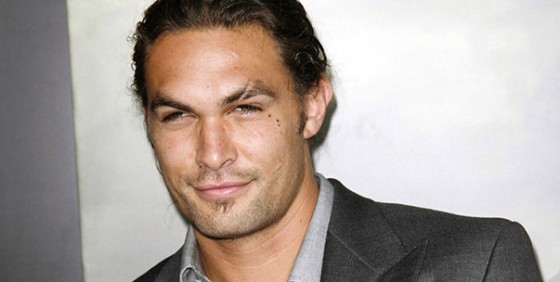 Batman V Superman: Dawn of Justice is going to be DC‘s movie answer to Marvel‘s Avengers. And while we’ve already been introduced to the Man of Steel (Henry Cavill), this movie preceding the Justice League is meant to introduce us to the other founding members like already-cast Batman (Ben Affleck) and Wonder Woman (Gal Gadot).

Completely unconfirmed by Warner Bros., director Zack Snyder, or anyone else officially tied to the movie, THR is reporting that Jason Momoa (Game of Thrones) has been cast to play Aquaman and could even be looking at a solo film.

While Aquaman is a legit superhero with super strength and the ability to talk to marine life, he is undoubtedly the most made-fun-of comic book character that I can think of off the top of my head. I think the Wonder Twins even get more respect. That’s the main reason why this casting would be so genius if it’s true. I mean, NO ONE makes fun of Jason Momoa. No. One.