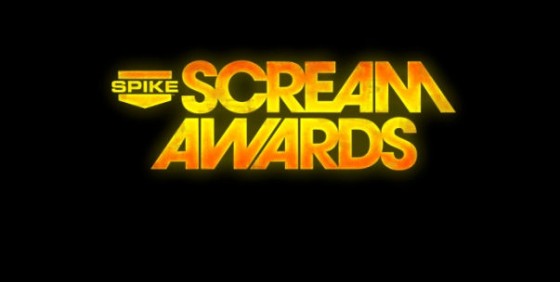 An excellent example of not-just-your-everyday-awards-show, Spike TV has announced the nominees for their 2011 Scream Awards. Sure there are categories like “Best Director” but there are also “Best Villain,” “Most Memorable Mutilation,” “Holy Sh!t Scene of the Year” and “The Ultimate Scream”.

Voting is now open to the public and although you can click to share on Twitter and Facebook, is otherwise anonymous, so you won’t have to tell anyone that you voted for The Black Swan if you don’t want to.

“HARRY POTTER AND THE DEATHLY HALLOWS – PART 2” AND “X-MEN: FIRST CLASS” SHARE MOST-NOMINATED HONORS WITH 14 EACH

New York, NY – The reboot of one hallowed franchise and the thrilling final chapter of another are poised to lead the way at Spike TV’s “SCREAM Awards 2011” (#ScreamAwards), which will be taped on Saturday, October 15 at the Universal Lot in Los Angeles, CA.  X-Men: First Class and Harry Potter and the Deathly Hallows – Part 2 each garnered 14 nominations and will vie for many of the night’s top honors during Spike TV’s sixth annual celebration of the sci-fi, fantasy, horror and comic book genres and the actors, creators, icons and pioneers who have influenced and shaped the industry over the past year.

This year’s show will also continue the tradition of featuring exclusive World Premieres from some of the most anticipated movies of 2012.  The two-hour event will premiere on Spike TV on Tuesday, October 18 (9:00–11:00 PM, ET/PT).  Presenters will be announced shortly.

“SCREAM is a show for the most passionate fans on earth and beyond,” said Casey Patterson, executive producer of “SCREAM Awards 2011” and executive vice president of event production, talent development and studio relations for Spike TV.  “This is their night to celebrate the magical, mind bending and super heroic year in movies and the TV shows that they love.”

Directed by Matthew Vaughn, X-Men: First Class nabbed 14 nominations, among them “The Ultimate Scream,” “Best Director,” and “Best Fantasy Movie.”  Not to be outdone, the final installment in the saga of the Hogwarts Academy’s prized pupil, Harry Potter and the Deathly Hallows – Part 2, also was nominated 14 times, and is up for “The Ultimate Scream,” “Best Director” and “Best Scream-Play.”  Two other Marvel Comics franchises joined X-Men:  First Class to round out the top four, with Captain America: The First Avenger and Thor receiving 11 and nine nominations, respectively.  Among television franchises, HBO’s Game of Thrones and True Blood each tallied seven nominations, with AMC’s The Walking Dead up for six “SCREAM” awards.

Following are several of the categories and nominees for Spike TV’s “SCREAM Awards 2011”.  For the full list fans can go to scream.spike.com:

Some of the nominees’ reactions include:

Kevin Bacon, nominated for Best Villain for his role in X-Men: First Class, reacted by saying, “I have a long time love thing for movies that make me scream.  This is a thrill!”

“I am absolutely thrilled and honored to have received this nomination,” said Sean Bean, who is nominated for Best Fantasy Actor for his work on HBO’s Game of Thrones.

Industry titan J.J. Abrams said “”I’m honored to be nominated, and, currently, screaming,” for the nods he received for Best Director of Super 8.

Ballots were sent out to Spike TV’s “SCREAM Awards 2011” advisory board, consisting of some of the most respected and well-known members of the horror, sci-fi, fantasy and comic book worlds who were responsible for advising on categories and determining nominees in each category.  All films, television shows and comic books were deemed eligible for inclusion if they were released between July 17, 2010 and July 29, 2011 and were representative of the genres listed.  Winners will be determined by online voting at scream.spike.com.

Esteemed members of this year’s advisory board include:

A full list of Spike TV’s 2011 Advisory Board members can be found at scream.spike.com.

Beginning today, Wednesday, September 7 fans can vote for their favorites, as well as view exclusive red carpet and backstage coverage of the event, by visiting scream.spike.com.

The SCREAM Awards will premiere on Tuesday, October 18 at 9/8c on Spike TV.