Check out this Trailer for the Russian Superhero Romp ‘Guardians’ 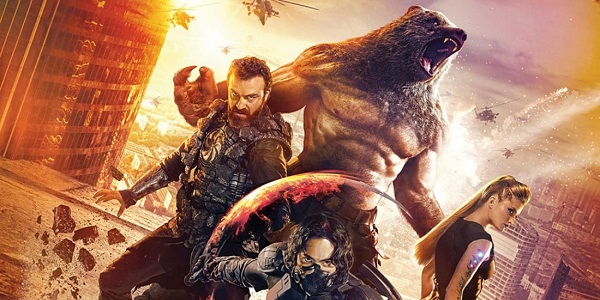 Did you know Russia’s been hard at work making a superhero movie since 2015? And did you know it features a werebear with a Gatling gun, a geomancin’-Rasputin-wizard, A Ninja-Winter-Soldier, and some sort of Water Witch that I can’t find an American parallel for? Well, they have, and it looks like my 5th grade Trapper Keeper doodles brought to life. Here’s the official trailer that has been helpfully dubbed for Westerners.

Zaschitniki (Guardians to us Western plebs) is a neo-noir superhero film from Armenian director Sarik Andreasyan. Set during the Cold War,  Guardians tells the story of 4 people transformed into superhumans so that they can defend the homeland from supernatural threats.

I don’t even know how to process this. While taking a few obvious cues from our own beloved Avengers franchise, Guardians is a strange, exciting interpretation of the superhero genre. It’s like someone crammed the Hulk, Black Widow, Winter Soldier, and Iron Man into a Star Trek transporter and this is the “Mirror, Mirror” version that came back. I’m definitely going to suggest this one for our backyard movie night.