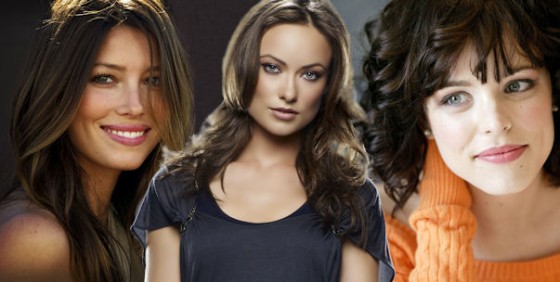 Back in November, there was a rumor going around that Anne Hathaway (Alice In Wonderland, Love and Other Drugs) was a contender for the role of Lois Lane in Zack Snyder‘s forthcoming Superman reboot. That may, or may not have been true at the time but, as we all know Hathaway was recently cast as Selina Kyle in Christopher Nolan‘s third installment in his bat-trilogy, The Dark Knight Rises.

Now, WhatsPlaying (who dropped the original Hathaway as Lane rumor) now says that Jessica Biel and Rachel McAdams are the frontrunners for the role of Lois Lane, and Dianna Agron, Malin Akerman and Kristen Stewart are also being considered. LatinoReview reports that their source claims that Olivia Wilde has tested for the role of The Daily Planet reporter as well.

I’m all for McAdams as Lane, Biel would be tolerable, and as much as I like them, I really don’t think Wilde or Akerman fit the role. I’m not even going to dignify Stewart and Agron with a response when it comes to the (remote) possibility that they would get this iconic role.

What do you think about these rumored contenders? Let me know in the comments!