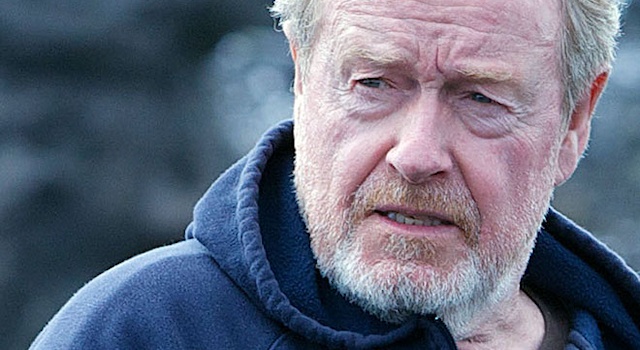 Syfy has made no secret of its current shift away from softer, younger-family-friendly sci-fi productions and into (or returning to) more serious miniseries and series development. This latest announcement falls right in line with the new philosophy, adding the adaptation of 3001: The Final Odyssey to its slate.

While no air date has been set, the fact that Ridley Scott (the Alien films, Blade Runner) and his Scott Free Productions (Unstoppable, Prometheus, The Good Wife) are involved in bringing the final installment of Arthur C. Clarke‘s Odyssey books to the small screen is stoking my enthusiasm for the production and for Syfy‘s shift in focus.

SYFY TO ADAPT 3001: THE FINAL ODYSSEY AS A MINISERIES

NEW YORK—November 3, 2014—Syfy announced today that it is working with Scott Free Productions and Warner Horizon Television to adapt the Arthur C. Clarke novel 3001: The Final Odyssey into a miniseries. Stuart Beattie (Pirates of the Caribbean, Collateral) will write the adaptation and serve as executive producer along with Scott Free’s Ridley Scott and David W. Zucker. Clayton Krueger will serve as co-executive producer.

An epic story of a man lost in time, Arthur C. Clarke‘s final “Odyssey” book resolves the tale that was begun in 2001: A Space Odyssey. Beginning with the discovery of Frank Poole’s frozen body, floating in space, 3001: The Final Odyssey offers an extraordinary range of complex characters with conflicting agendas, stunning visuals, and dark thematic meditations on the final fate of all Humankind.

Arthur C. Clarke’s “Odyssey” series spanned over 30 years, with the initial publication of “2001” in 1968, and the final “3001” in 1997. The original film, directed by Stanley Kubrick, is an Academy Award winning classic, and “2010” was the only other of the novels to be filmed. The estates of both Kubrick and Clarke have offered their full support for “3001: The Final Odyssey.”

“I have always been a fan of Clarke’s extraordinary ‘Odyssey’ series, and certainly Kubrick’s adaptation of 2001. I am thrilled to be part of bringing that legacy to audiences and continuing the great cinematic tradition that this story and its creators deserve,” said Ridley Scott.

“Arthur C. Clarke is the father of modern science fiction,” said Syfy President Dave Howe. “We couldn’t be more excited to be working with Scott Free and Warner Horizon Television to bring to the screen, for the very first time, the final chapter of this extraordinary masterpiece.”

The announcement comes on the heels of Syfy announcing the greenlight of another Arthur C. Clarke novel, Childhood’s End, which begins production later this year.

ABOUT SCOTT FREE
Scott Free Productions was formed in 1995 and is the film and television production vehicle of acclaimed film directors, brothers Ridley and Tony Scott. Scott Free Television produces the Emmy® and Golden Globe®-nominated, Peabody-acclaimed drama, The Good Wife for CBS which just began its’ sixth season. Earlier this year, Scott Free produced Klondike, Discovery’s first scripted miniseries, and the Emmy nominated Killing Kennedy for National Geographic. Upcoming, Scott Free is in prep on The Man in the High Castle for Amazon Studios, and in post-production on Halo: Nightfall, a digital feature for Xbox Entertainment. With offices in Los Angeles and London, Scott Free works closely with RSA Films, one of the world largest and most successful commercial production houses in the world.

ABOUT WARNER HORIZON TELEVISION
Warner Horizon Television (WHTV) is one of the entertainment industry’s leading producers of scripted series for the cable marketplace and primetime reality series for both network and cable. A division of the Warner Bros. Television Group, WHTV was founded in 2006. WHTV’s current scripted programs are Rizzoli & Isles for TNT; Ground Floor, Sullivan & Son and the forthcoming Buzzy’s for TBS; and Pretty Little Liars for ABC Family. Its unscripted series are The Voice for NBC and The Bachelor franchise — which also includes The Bachelorette and Bachelor in Paradise — as well as the upcoming 500 Questions for ABC.

ABOUT SYFY
Syfy is a media destination for imagination-based entertainment. With year round acclaimed original series, events, blockbuster movies, classic science fiction and fantasy programming, a dynamic Web site (www.Syfy.com), and a portfolio of adjacent business (Syfy Ventures), Syfy is a passport to limitless possibilities. Originally launched in 1992 as SCI FI Channel, and currently in 96 million homes, Syfy is a network of NBCUniversal, one of the world’s leading media and entertainment companies. NBCUniversal is a subsidiary of Comcast Corporation. (Syfy. Imagine Greater.)