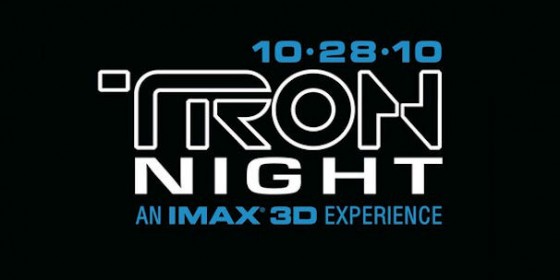 Outside of its appearance at Comic-Con 2010, the Flynn Lives viral campaign for Walt Disney Pictures‘ upcoming Tron sequel, TRON: Legacy took a bit of a siesta back in May to lie low for awhile. Now, it has returned. The Tron: Legacy Facebook page recently sent out an update which linked to a very interesting URL at xdqlrpgmqivgca9tfjcqddnbxt.com (try and memorize that). On the site, you’ll see the image below. 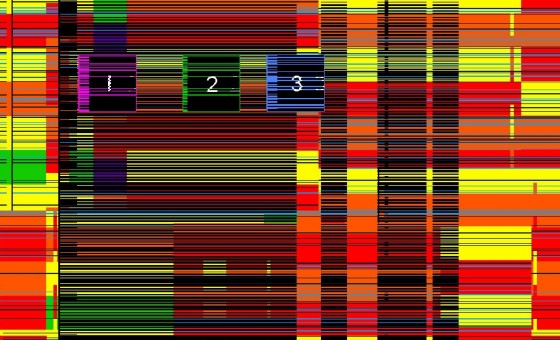 By clicking on the numbered boxes, you’re prompted to download three separate zip files that contain Microsoft Word documents. They contain what turned out to be a large piece of ASCII art, and can also be translated into binary, which in turn can be translated into “TRON” “NIGHT” and “2010″. When you go to the website, TronNight2010.com, you’re presented with a list of locations where you will have the opportunity to see a free screening of 20+ minutes of TRON: Legacy in IMAX 3D on October 28th, 2010.

You will be able to register for tickets starting tomorrow, Tuesday, October 12th at 1pm EST.

The follow up to the 1981 classic Tron was directed by Joseph Kosinski and stars Jeff Bridges, Garrett Hedlund, Olivia Wilde, Bruce Boxleitner and Michael Sheen.

Will you be picking up your tickets for TRON Night? Let us know in the comments!