Jeremy Renner To Play HAWKEYE In MARVEL’S Thor And The Avengers? 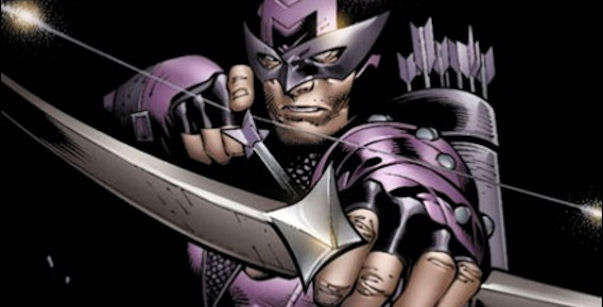 Jeremy Renner, who recently portrayed Sgt. William James in The Hurt Locker, hinted that he may be in discussions with Marvel Studios to play Clint Barton, a.k.a. “Hawkeye” and will appear in The Avengers and have a cameo in Kenneth Branagh’s Thor.

“Hawkeye could be interesting. They’re going to send me some stuff on it, see what it is. But I think they’re pretty awesome, trying to make superhero movies almost plausible and not just some fantasy thing.”

If you’re unfamiliar with the character, here’s some info on Hawkeye:

Orphaned at a young age, Clint Barton took the classic way out for a precocious and physically capable kid – he ran away from home and joined the circus. There, he was trained as an acrobat and archer, although he later received a rude awakening when he discovered that his carnival mentors were criminals.

Inspired by the exploits of the Avengers, he became the costumed vigilante Hawkeye, and was eventually able to talk his way onto the team. His hot-headed attitude has gotten him into trouble from time to time, but his heart has always been in the right place, and for a time he enjoyed a successful stint as the leader of the West Coast Avengers.