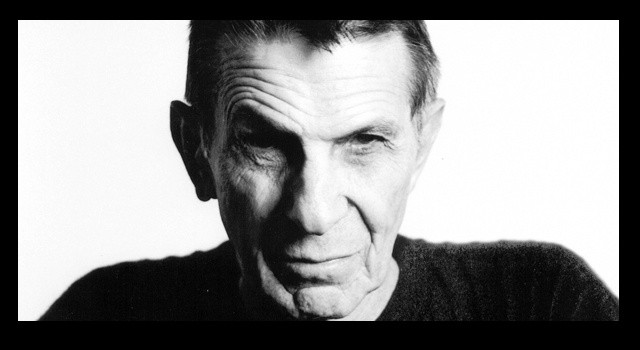 Leonard Nimoy‘s passing has hit us hard here at SciFi Mafia. He has been a friend, inspiration, role model, icon, legend, and emeritus geek for longer than any of us can remember. His roles in three favorite TV series, Star Trek, Fringe, and Mission Impossible, and in two of my personal Top Ten movies, Star Trek 2: The Wrath of Khan and Star Trek (2009), meant that he has always held a large piece of my heart, and of the hearts of so many of Our Kind throughout the multiverse.

It was quite the big deal for SciFi Mafia when Mr. Nimoy tweeted that our Senior Managing Editor Lillian Standefer’s report on his 2011 appearance at Dallas Comic-Con was well done. He was right, of course, but it was so very generous of him to take notice, and particularly to take the time to tweet the link. You can read “Leonard Nimoy Divulges Vulcan Secrets and Takes a Walk Down Memory Lane” here.

One of the biggest thrills for me ever, and definitely as a reporter, was in 2012, when Leonard Nimoy was on my phone. Fox had arranged for a 30-minute conference call in support of his then-upcoming appearance on Fringe. That call was, understandably, jam-packed with people clamoring to get their questions in, from the smallest blogs to big outlets like CNN. Though, like most, I didn’t get the chance to talk, simply listening to the man, live on my phone, was amazing.

What a privilege it was to be on the media call with sci-fi legend Leonard Nimoy yesterday. That voice. He was gracious, kind, funny, and laughed a lot. He was an absolute treat. The questions and answers ran the gamut from his start as an actor – with a Boston accent! – to his thoughts on Fringe, the new Star Trek movie franchise, and any future appearances.

You can read the interview here. 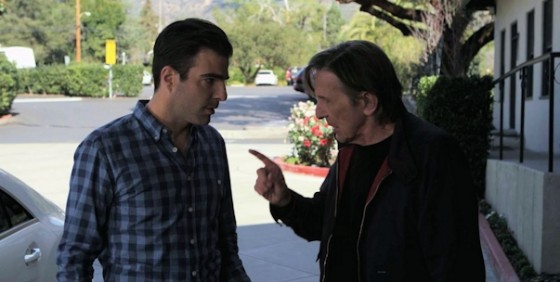 Spock vs. Spock Prime. Zachary Quinto vs. Leonard Nimoy. Come on, who hasn’t wondered? The person who came up with the idea for this lovely featurette for Audi is clearly one of us. Watch and you’ll see, it is pure awesome:

His work, his words, and the memories of all his friends, known and unknown, will ensure his legacy lasts for decades to come. Here are his final tweets, from earlier this week:

I will be sharing my poetry. Today’s is, “You and I have Learned,” which is in my book, These Words Are for You. LLAP pic.twitter.com/CsHAtmtDnz

A life is like a garden. Perfect moments can be had, but not preserved, except in memory. LLAP — Leonard Nimoy (@TheRealNimoy) February 23, 2015

Hi all, as you all know, my Grandpa passed away this morning at 8:40 from end-stage chronic obstructive pulmonary disease. He was an extraordinary man, husband, grandfather, brother, actor, author-the list goes on- and friend. Thank you for the warm condolences. May you all LLAP. – Dani


P.s. I will be putting special shirts up on our site, SHOPLLAP.com , where all of the proceeds will go to the COPD Foundation. I hope to hear from you all.

Rest in peace, Mr. Nimoy, with much love from us all.