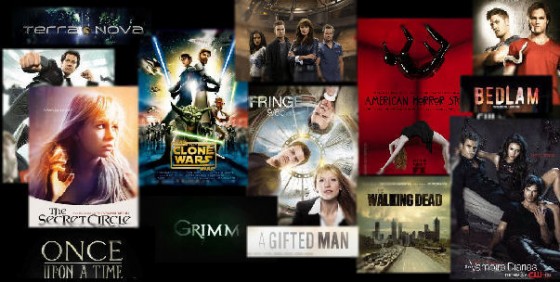 Back in the olden days, season premieres all happened in the same 1-2 week period. Of course there used to be only three networks. Scary times, my friends. This is, however, the first week of many when the (now 10) networks roll out new seasons and new series. It is, in fact, a season of season premieres, from September 15 through October 23.

Here is the list of the best, meaning, of course, the sci-fi, updated to include Star Wars: The Clone Wars, American Horror Story, and Sanctuary. Unfortunately, two of those three are on – you guessed it – Friday. That brings the total number of Friday night sci-fi shows to seven. Soooo… fire up those DVRs and TiVos and iTunes Season Passes and Video On Demand (but if you’re a Nielsen household, please watch live) and get ready to rock: