Preview, TV Spot and More for the ONCE UPON A TIME Midseason Premiere 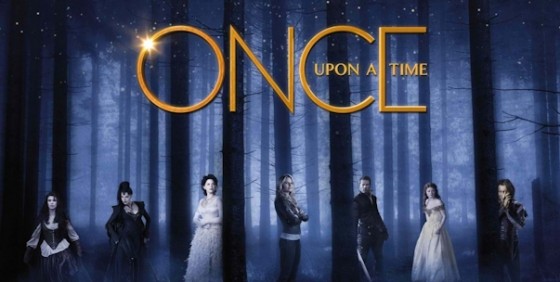 This Sunday, Once Upon a Time airs its midseason premiere. I got a chance to preview it and … it is truly terrific. Even for people who would never consider themselves “Oncers.” This episode takes a quality leap forward in almost every way.

It’s the best episode since Season 1’s “Hat Trick,” my favorite, and in fact for entirely different reasons it is equally as good. It moves along at quite a clip, with more twists and turns than I’ve ever seen on the show. It’s entertaining, well-written, engaging, jam-packed, and fun. Almost everyone brought their “A” game (I’m looking at you, Snow’s wig maker and costume designer).

This is the one to check out for anyone who’s considered watching Once but never got around to it, and in fact I recommend it to those of you who’ve watched an episode here and there but never really got it. Try this one. Really.

Fans, you are going to flip. DO NOT miss one second. Don’t even cough. Just hold on to your couch and get ready for a great ride.

To get you ready, here’s a nifty TV spot:


This three-panel poster was released on the Once Facebook page – click on each to see it full size: 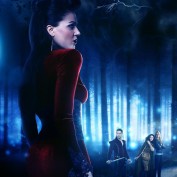 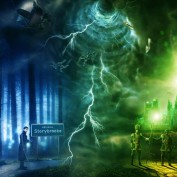 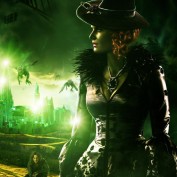 And here’s a great writeup from ABC about just where we are, so even if you’re new or you’ve been away, you can join right in with Sunday’s return:

Master storytellers Edward Kitsis and Adam Horowitz (“Lost,” “Tron: Legacy”) invite everyone to join Emma Swan as she struggles to understand whether she belongs in New York City, where she has begun a new life with Henry, or back in Storybrooke, where things have never been simple. As she works to provide a stable environment for her and Henry, she learns that there’s no place like home. But the question remains: where is that for Emma?

Welcome to Storybrooke, Maine, a small town that probably won’t show up on your GPS, but it’s a magical place to visit. Reality and myth merged after Emma broke Regina’s curse, which had deprived the fairytale characters of their memories and trapped them in our modern world. When they finally regained their identities, our heroes were dismayed to discover that they weren’t transported back to Fairy Tale Land. To make matters worse, Rumplestiltskin – aka Mr. Gold – decided to escalate his power struggle with Regina by introducing magic into the town. But this is our world, and magic always has a tendency to yield unfathomable consequences.

The first order of business this season was to save Henry, who had been kidnapped and transported through a portal to Neverland. But Neverland was a much darker place than one remembers, and our heroes had to face a foe more powerful than the Dark One himself – Peter Pan. After being tricked and led astray for days – and learning that he was also Rumplestiltskin’s father – Pan was defeated and trapped inside Pandora’s Box. Our heroes returned to Storybrooke, only to discover that Pan had switched bodies with Henry and was about to enact a curse that would have killed every living soul in town. But after discovering the switch and restoring Henry back into his body, Rumplestiltskin paid the ultimate price by sacrificing his life and killing Pan. In turn, Regina obliterated her original curse, which erased Storybrooke from existence and whisked its residents back to Fairy Tale Land, leaving Emma and Henry together back in our world with pleasant memories – but with no memories of Storybrooke or its residents, and with Storybrooke itself seemingly gone for good.

And they all lived happily ever after… Hardly!

All is not well back in the Enchanted Forest when Hook comes calling on Emma in New York City in an attempt to jog her memory so that she can once again help her fairy tale family and friends out of a desperate situation. Everyone she holds dear is in danger as a new foe emerges – the Wicked Witch of the West (Rebecca Mader, “Lost”). Hook now must enlist Emma in an epic struggle that spans worlds: with the highest stakes possible – the fate of her family. No one remembers how they were transported back or the past year they had spent back in Fairy Tale Land. But someone in town is responsible for this curse, and all clues point to the Wicked Witch of the West, whose agenda in our world is a mystery. In an attempt to break the curse, new fairytale characters will be revealed and old acquaintances will be revisited. But not everyone can be trusted.

“Once Upon a Time” is broadcast in 720 Progressive (720P), ABC’s selected HDTV format, with 5.1 channel surround sound. Edward Kitsis and Adam Horowitz are creators and executive producers. Steve Pearlman and David H. Goodman are also executive producers. The show is from ABC Studios.

Okay, you should be good and prepared now. Bring on Sunday night!