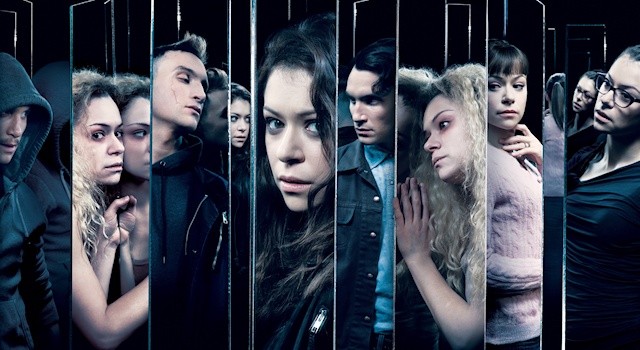 If you, like all of us here at SciFi Mafia, are a fan of Orphan Black, make sure your calendar is marked and your day is clear for the Season 3 premiere on Saturday, April 18 on BBC America. If you’re not yet a fan, take our advice and save that date. For both groups, we have several fun bits and pieces to get you fully primed and ready for what’s to come; if you’re new, you’ll need this, and if you’re a fan, you’ll want this.

Check out the official press release about Season 3 (where, along with the where-we-are-now synopsis, you’ll see some familiar-to-sci-fi-fans guest stars named), followed by the synopsis of the Season 3 premiere episode, and some great promo pics and screen shots from the premiere.

These are followed by some absolutely wonderful videos: “Catch Up in Four Minutes,” the official Season 3 trailer, a great featurette of clones masquerading as other clones (if you’re new and don’t know about star Tatiana Maslany‘s amazing acting, this will help), and an eerie clip from the season premiere.

Starring the award-winning Tatiana Maslany in her breakout roles

“We do terrible things for the people we love”

After neutralizing the threat by the DYAD Institute (the company that monitored them) – Sarah, Helena, Cosima and Alison (Maslany) are finally all united in their journey towards the truth of who and what they are. But new discoveries that include Helena’s kidnapping, a book that could contain the answers to their existence and the most shocking discovery of them all – a set of treacherous male clones with an unknown agenda – will test how tight their new bonds are.

No sooner has Sarah caught her breath after a stealthy escape from DYAD and the ruthless clone Rachel (Maslany), she is called upon to face the crazed, captive Castor clone, Rudy (Millen). But it is the discovery of Helena’s disappearance that spurs Sarah into action, rallying her sisters in the quest to reunite their clone family, and find peace once and for all.

Their greatest threat is a band of highly trained soldiers – identical brothers dubbed Project Castor. Unlike the sisterhood, Mark, Rudy, Seth, Miller and others (Millen) grew up together, fully aware of who and what they are. Developed by the military, this wolf pack was raised as regimented clones – singular in thought, movement and allegiance. Hell-bent on kicking up dirt, they’re dispatched to tackle their mission from all sides. But differences in approach betray cracks in their armor, and may be the very thing the sisters need to escape their clutches.

The sisters will need all the help they can get. With Cosima’s fluctuating health and no known cure for the mystery illness that ails her, she is holding onto life by a thread while nursing a broken heart left by her scientist lover Delphine (Evelyne Brochu). Can she find a cure in time to save herself and her sisters? As the turbulent world of Alison turns, she faces fresh suburban woes and new marital challenges with lovable oaf of a husband Donnie (Kristian Bruun). How far will Alison go to keep up the façade of her cookie cutter life? Sarah’s torn between her desire for a life with daughter Kira (Skyler Wexler) and Kira’s father Cal (Michiel Huisman) and the urge to protect her foster family – loyal and feisty brother Felix (Jordan Gavaris) and mother Mrs. S (Maria Doyle Kennedy). But Mrs. S’s betrayal may cause her to turn her back on the only mother she’s known.

The hits keep coming for the girls but their commitment to this new family is as important as ever. No clone can do it alone, and Sarah must align with unlikely bedfellows in order to take on what is yet to come… and hopefully, discover the truth – her truth – along the way. How far are they willing to go to save each other and protect their families?

Co-created by Graeme Manson and John Fawcett, with Manson also serving as writer and Fawcett as director, the Peabody Award-winning drama also stars Dylan Bruce as Paul, an army officer working for secret forces in the clone world, Kevin Hanchard as Art, a detective caught in the clone trap and Zoe De Grand’Maison as Gracie, a Prolethean escapee. Guest-starring this season will be Justin Chatwin as Jason Kellerman, a neighborhood dealer, James Frain as Ferdinand, a cleaner sent to Dyad and Ksenia Solo as Shay, a new woman in Cosima’s life.

The first two seasons of BBC AMERICA’s Orphan Black are on VOD, streaming on Amazon Prime, and available to purchase on digital platforms as well as Blu-ray/DVD.

Episode One
Season 3 | Episode 1 | Original Airdate: April 18th, 2015 | 9:00PM
Sarah pursues the missing Helena who is held in a faraway compound. Sarah must use her wiles – and acting chops – to deter a Topside investigator who threatens the Leda sisters’ lives. Meanwhile, Cosima appears to be rebounding from her illness, while Alison and Donnie face newfound financial woes. But when the menace of Castor rears its head once more, Sarah and her entire family must come together to survive. 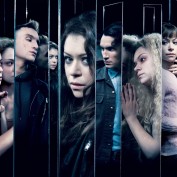 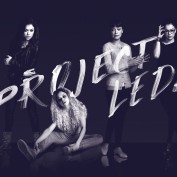 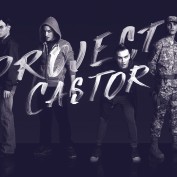 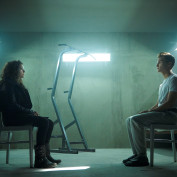 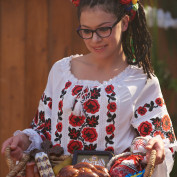 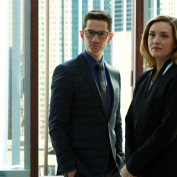 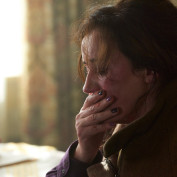 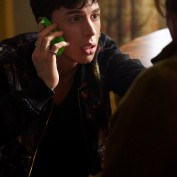 We can only just barely wait!

Orphan Black: Season 2 is available on Blu-ray and DVD from Amazon RIGHT NOW. Here’s the link: