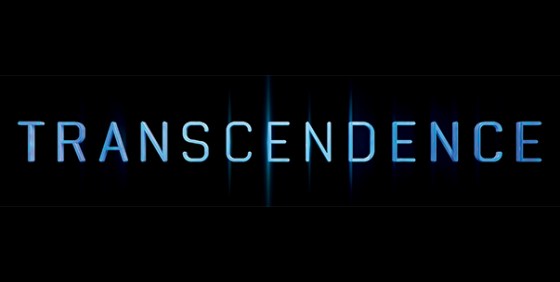 A NEW INTELLIGENCE IS BORN WHEN 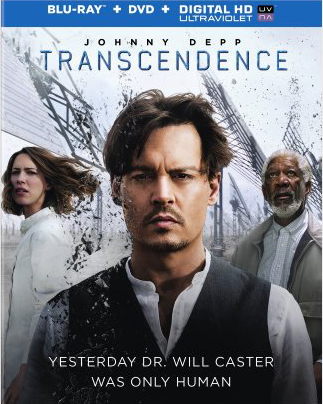 Adapted from a screenplay by Jack Paglen, “Transcendence” was produced by Oscar® nominees Andrew A. Kosove and Broderick Johnson (“The Blind Side”), alongside Kate Cohen, Marisa Polvino, Annie Marter, David Valdes and Aaron Ryder. “Transcendence” will be available on Blu-ray Combo Pack for $35.99 and includes the film in high definition on Blu-ray disc, a DVD, and a digital version of the movie in Digital HD with UltraViolet. Fans can also own “Transcendence” via purchase from digital retailers. SYNOPSIS In “Transcendence,” Dr. Will Caster (Johnny Depp) is the foremost researcher in the field of artificial intelligence, working to create a sentient machine that combines the collective intelligence of everything ever known with the full range of human emotions. His highly controversial experiments have made him famous, but they have also made him the prime target of anti-technology extremists who will do whatever it takes to stop him. However, in their attempt to destroy Will, they inadvertently become the catalyst for him to succeed—to be a participant in his own transcendence. For his wife Evelyn (Rebecca Hall) and best friend Max Waters (Paul Bettany), both fellow researchers, the question is not if they can…but if they should. Their worst fears are realized as Will’s thirst for knowledge evolves into a seemingly omnipresent quest for power, to what end is unknown. The only thing that is becoming terrifyingly clear is there may be no way to stop him. BLU-RAY AND DVD ELEMENTS “Transcendence” Blu-ray Combo Pack contains the following special features: · What Is Transcendence? · Wally Pfister: A Singular Vision · Guarding the Threat · The Promise of A.I. · It’s Me · Singularity · R.I.F.T · Trailer 1 · Trailer 2 Standard Definition DVD contains the following special features: · What Is Transcendence? · Wally Pfister: A Singular Vision DIGITAL DISTRIBUTION ELEMENTS On July 22, “Transcendence” will be available for streaming and download to watch anywhere in high definition and standard definition on their favorite devices from select digital retailers including Amazon, CinemaNow, Flixster, iTunes, PlayStation, Target Ticket, Vudu, Xbox and others. “Transcendence” will also be available digitally on Video On Demand services from cable and satellite providers, and on select gaming consoles. ABOUT DIGITAL HD WITH ULTRAVIOLET *Digital HD with UltraViolet allows fans to watch a digital version of their movie or TV show anywhere, on their favorite devices. Digital HD with UltraViolet is included with the purchase of specially marked Blu-ray discs. Digital HD with UltraViolet allows consumers to instantly stream and download movies and TV shows to TVs, computers, tablets and smartphones through UltraViolet retail services like CinemaNow, Flixster, Target Ticket, VUDU and more. For more information on compatible devices go to wb.com/ultravioletdevices. Consult an UltraViolet Retailer for details and requirements and for a list of HD-compatible devices. BASICS PRODUCT SRP Blu-ray Combo Pack $35.99 DVD Amaray (WS) $28.98 Standard Street Date: July 22, 2014 DVD Languages: English, Latin Spanish, Canadian French BD Languages: English, Latin Spanish, Canadian French DVD Subtitles: English SDH, Latin Spanish, Parisian French BD Subtitles: English SDH, Latin Spanish, Parisian French Running Time: 119 minutes Rating: Rated PG-13 for sci-fi action and violence, some bloody images, brief strong language and sensuality DLBY/SURR DLBY/DGTL [CC] About Warner Bros. Home Entertainment, Inc. Warner Bros. Home Entertainment (WBHE) brings together Warner Bros. Entertainment’s home video, digital distribution, interactive entertainment, technical operations and anti-piracy businesses in order to maximize current and next-generation distribution scenarios. An industry leader since its inception, WBHE oversees the global distribution of content through packaged goods (Blu-ray Disc™ and DVD) and digital media in the form of electronic sell-through and video-on-demand via cable, satellite, online and mobile channels, and is a significant developer and publisher for console and online video game titles worldwide. WBHE distributes its product through third party retail partners and licensees, as well as directly to consumers through WBShop.com.