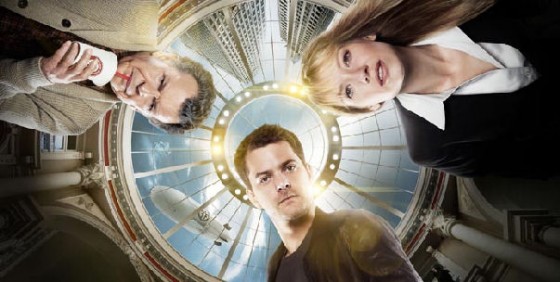 Fringe may be on hiatus but we still have fresh Fringe fun for you. And it isn’t even Friday. First up we have two featurettes; one is the “Fans Ask: Season 4 (Part 2)” that was so tantalizingly teased with a Part 1 recently. The second is “Fans Ask: Cortexiphan” in which the cast answers whether or not they’d consider taking the drug to gain an ability.

Next up is Warner Bros. Television‘s release of a special poster made just for Fringe‘s final Comic-Con panel, and their press release with the panel details. 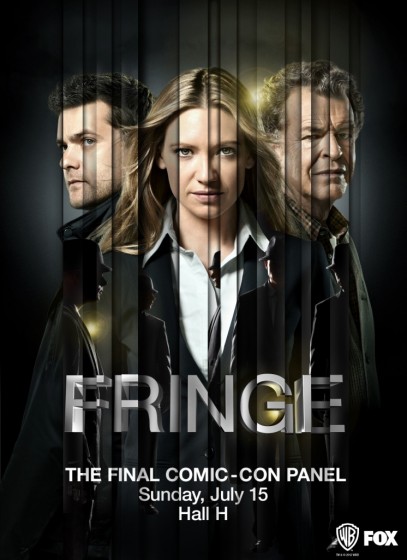 First Time Ever in Hall H!

First Time Ever on Sunday!

BURBANK, Calif. – Calling all Fringe fans — from Westfield to Alt-San Diego! The acclaimed thriller’s stars and executive producers will return one final time to Comic-Con International: San Diego®, the world’s greatest pop culture convention, to celebrate the show’s fifth and final season with its incredibly devoted fans. For the first time ever, the show’s panel will be held on a Sunday — July 15 — and it will take place in Hall H of the San Diego Convention Center.

In their final appearance at Comic-Con, the Fringe team will treat fans to an exclusive video presentation, answer burning questions and look at what lies ahead for the climactic conclusion of the acclaimed sci-fi series

For continuing info on the Studio’s plans at Comic-Con, please follow us on Twitter @TheWBdotcom, hashtag #WBSDCC, and visit TheWB.com/comiccon for more information.