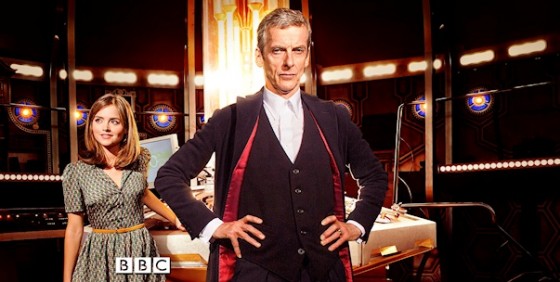 I am so ready for the premiere of Doctor Who. So. Very. Ready. Peter Capaldi and Jenna Coleman have been around the world premiering the first episode, Deep Breath, but that doesn’t help most of us. We all need it, and we need it soon. Please.

But in the meantime, here’s a very cool new TV spot from BBC One:

When the Doctor arrives in Victorian London, he finds a dinosaur rampant in the Thames and a spate of deadly spontaneous combustions.

Who is the new Doctor and will Clara’s friendship survive as they embark on a terrifying mission into the heart of an alien conspiracy? The Doctor has changed. It’s time you knew him.

Doctor Who Series 8 begins on Saturday, 23rd August on BBC One.


And don’t forget all the special Doctor-related programming coming our way!

Doctor Who: The Ultimate Companion airs Saturday, August 16 at 9/8c on BBC America.