New Clip From Saturday’s Next Star Wars: The Clone Wars 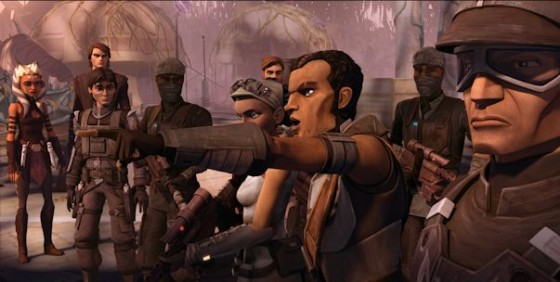 In the next episode of Star Wars: The Clone Wars, Anakin, Obi-Wan, Ahsoka and Rex travel to Onderon, a world under Separatist control. There, they will train a group of insurgent rebels – including Lux Bonteri – to help take back the capital city of Iziz from the rule of a duplicitous king.

“A War on Two Fronts” marks the beginning of an explosive four-episode story arc starting this Saturday, October 6th at 9:30am ET/PT on Cartoon Network.