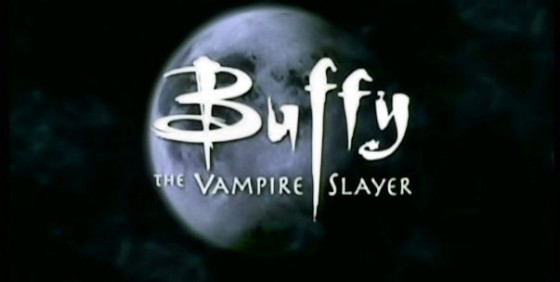 I know that a lot of you are like me and have extended cable/subscription TV, and may also be like me in that you’re not familiar with every single channel on your converter. If so, please allow me to introduce you to new channel Pivot, whose target market is reportedly Millenials, the 18-34-year-olds. Target markets always crack me up, especially in this case, because one of the shows they have picked up was broadcast when some Millenials were toddlers.

Anyway, the good news for us is that Pivot has picked up Buffy the Vampire Slayer and will be showing episodes Monday through Friday late night, starting January 13. It’s being paired with Veronica Mars, and together they are billed as a “Buffy and Veronica Power Hours Block” at 10/9c and 11/10c. Presumably the Buffy episodes will go at 10, but Veronica, though not a show we cover here, is definitely watch-worthy, so just plan on watching for two hours.

Also not clear is what happens when Veronica is played out and Buffy continues on for over twice as many episodes. But let’s watch and see, shall we? Thanks, Pivot, for making sure we will always have something to watch on weeknights from 10pm to midnight!

Not sure if you have Pivot? Click here to find out. Here’s the press release:

Los Angeles, CA — December 17, 2013 – Pivot, Participant Media’s TV network targeting Millennials (18-34), today announced it has acquired all episodes of scripted series Buffy the Vampire Slayer (20th Century Fox) and Veronica Mars (Warner Bros.). These critically acclaimed shows have resonated with audiences around the world and are widely lauded for their positive portrayal of women and universal themes. They will join the programming roster as a ‘BUFFY AND VERONICA POWER HOURS’ block, celebrating the iconic, smart and powerful women at the center of each show.

“Buffy and Veronica Mars are enormously entertaining and celebrated TV shows with significant cultural and social relevance,” said Evan Shapiro, President, Pivot. “Both focus on smart, strong, young women dealing with critical issues from class struggles to gender roles – challenges facing a great many of our viewers. Pivot will contextualize the shows, presenting them with exclusive commentary from fans, experts and academics, to both celebrate these two great series and begin a dialogue with our viewers.”

Buffy the Vampire Slayer, the Emmy and Golden Globe-nominated series, which ran for six seasons from 1997-2003, stars Sarah Michelle Gellar as Buffy Summers. Chosen to battle vampires, demons and other forces of darkness, Buffy is aided by a Watcher who guides and teaches her as she surrounds herself with a circle of friends called the “Scooby Gang.” The series was created by Joss Whedon, under Mutant Enemy Productions, and with later with co-executive producers Jane Espenson, David Fury, David Greenwalt, Doug Petrie, Marti Noxon and David Solomon. (144 X :60).

The award-winning series Veronica Mars, which aired from 2004-2007, stars Kristen Bell as a student who progresses from high school to college while moonlighting as a private investigator under the tutelage of her detective father. In each episode, Veronica solves a different stand-alone case while working to solve a more complex mystery. The Kickstarter campaign for the Veronica Mars movie raised $5.5 million from more than 90,000 contributors. The series was created by award-winning screenwriter Rob Thomas; produced by Warner Bros. Television, Silver Pictures Television, Stu Segall Productions, Inc. and Rob Thomas Productions.
(64 X :60).

About Pivot
Pivot (pivot.tv), which launched August 1st, is a television network from Participant Media serving passionate Millennials (18-34) with a diverse slate of talent and a mix of original series, acquired programming, films and documentaries. Pivot focuses on entertainment that sparks conversation, inspires change and illuminates issues through engaging content, and its website TakePart.com to continue the conversation and connect audiences to a wealth of content and customizable actions. Pivot is also changing the media landscape, available via traditional Pay TV subscription to over 40 million subscribers and integrates a Live and on demand streaming option via its interactive, downloadable Pivot APP. In both content and delivery, Pivot is TV for The New Greatest Generation. Follow Pivot on Twitter at @pivot_tv and on Facebook at www.facebook.com/pivottelevision.

About Participant Media
Participant is a global entertainment company founded in 2004 by Jeff Skoll to focus on feature film, television, publishing and digital content that inspires social change. Participant’s more than 40 films include GOOD NIGHT, AND GOOD LUCK, SYRIANA, AN INCONVENIENT TRUTH, FOOD, INC., WAITING FOR ‘SUPERMAN’, THE HELP, CONTAGION and LINCOLN. Through its films, social action campaigns, digital network TakePart.com and Pivot, its new television network for Millennials, Participant seeks to entertain, encourage and empower every individual to take action.